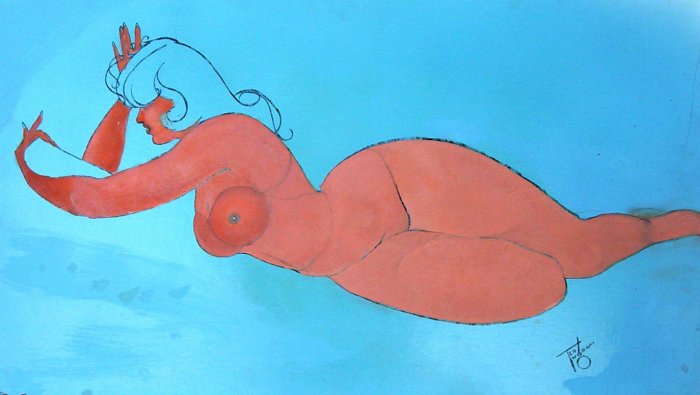 Tweet
Pretending to Read - original artwork by Ted Ingram
The background is painted a Matt blue (azure) and all else is done in oils..the painting is unfinished, and of course symbolized the early 50's when Ted was in his prime as an 'illustration' style theme artist - with the emphasis on the most 'beautiful creation' (next to the horse) - the woman

-Among his many dioramas was a well-known one exhibited at Ste Marie among the Huron's in Midland Ontario.