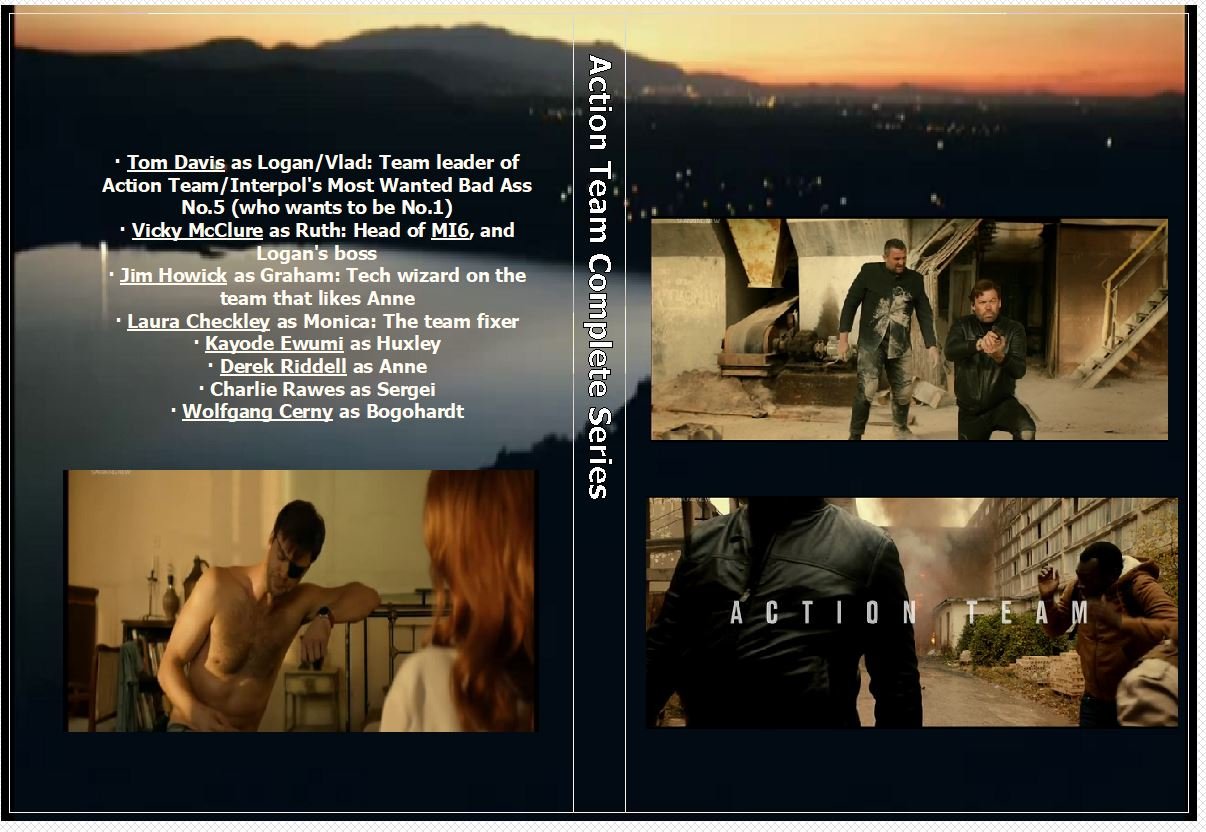 Tweet
Action Team Complete Series on 1 DVD
Action Team is a British television action comedy spoof made by Shiny Buttons Productions for ITV2. The programme follows the activities of Action Team, a team of British secret agents.
• Tom Davis as Logan/Vlad: Team leader of Action Team/Interpol's Most Wanted Bad Ass No.5 (who wants to be No.1)
• Vicky McClure as Ruth: Head of MI6, and Logan's boss
• Jim Howick as Graham: Tech wizard on the team that likes Anne
• Laura Checkley as Monica: The team fixer
• Kayode Ewumi as Huxley
• Derek Riddell as Anne
• Charlie Rawes as Sergei
• Wolfgang Cerny as Bogohardt
9-10 picture and sound quality.

This set is available on Blue Ray and DVD for the same price. Please let me know if you want Bluray. I will assume DVD version unless you tell me.
All my sets come with hard cases and the artwork shown. My discs are recorded in all region formats in NTCS resolution.
. Please ask is you don’t see something.
... [Full Description]