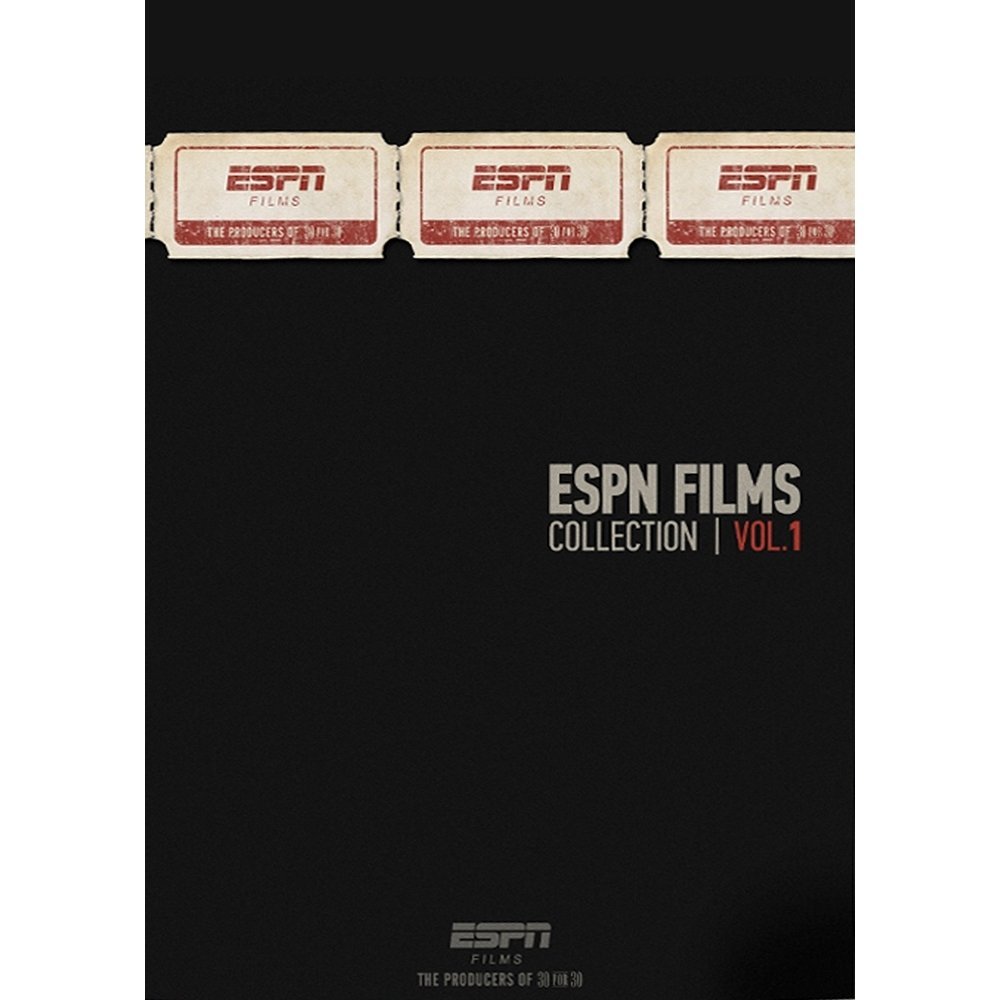 Tweet
From the producers of ESPN Films' Emmy-nominated and critically acclaimed 30 for 30 series comes an exceptional collection of sports stories from some of today's best filmmakers. This five-disc set includes: Catching Hell from Oscar-winner Alex Gibney, Herschel, Charismatic, The Fab Five and the acclaimed film Renée from director Eric Drath. Catching Hell: With five outs remaining in Game 6 of the 2003 NLCS, a foul ball descended from the cold Chicago sky. As a flurry of hands reached for the ball, it was fatefully tipped away from the outstretched glove of outfielder Moises Alou. Steve Bartman instantly became the focus of rage for long-suffering Cubs fans everywhere. Academy-Award winner Alex Gibney brilliantly explores the phenomenon of scapegoating through the lenses of two infamous moments in sports history: Bartmans ill-fated incident and Boston Red Sox first baseman, Bill Buckners fateful error. Official Selection 2011 Tribeca Film Festival. Bonus Features: Includes deleted scenes and extended directors interviews. Charismatic: In 1999, an unlikely colt named Charismatic, along with his down and out jockey Chris Antley, captured the hearts of racing fans everywhere. The biggest long shot in 59 years to win the Kentucky Derby, followed by another underdog win at the Preakness, Charismatic was poised to become the first Triple Crown winner in 21 years when tragedy struck. Director Steve Michaels tells a poignant story of redemption, hope and reclamation. Bonus Features Include all three of Charismatics Triple Crown races, along with an extended interview with Al Michaels and a feature on legendary horse trainer, D. Wayne Lukas. · 1999 Kentucky Derby, · 1999 Preakness Stakes and · 1999 Belmont Stakes Renee Growing up the ultimate alpha-male, Dick Raskind always felt different from other guys. Still, it wasn't until his 40s, after getting married and having a son, that Dick was reborn as Renée Richards. A dynamite tennis player, Renée took the sports world by storm when she attempted to enter the 1977 U.S. Open as a woman. Directed by Eric Drath, this fascinating film chronicles the surprising and affecting human story behind one of Americas first transgender people in the public eye. Official Selection 2011 Tribeca Film Festival. Bonus Features Additional Interviews and Archival Footage. Herschel: A three-time All-American and Heisman Trophy winner, Herschel Walker is a college football legend. His journey off the field, though has been filled with struggle and pain. Now a mental health advocate, this is the story of Herschels healing and redemption. Bonus Features: Includes deleted scenes, extended interviews and the 1981 Sugar Bowl Condensed Game. Fab Five, The: They were one of the most famous and infamous teams in college basketball history. Arriving on the campus of the University of Michigan in the fall of 1991, these five freshmen Chris Webber, Jalen Rose, Juwan Howard, Jimmy King and Ray Jackson not only electrified the game, but also brought new style to the masses with their baggy shorts, black socks and brash talk. Forget what you remember about the Fab 5 this film will show them in an entirely new light. Bonus Features: Directors Statements & Deleted Scenes.