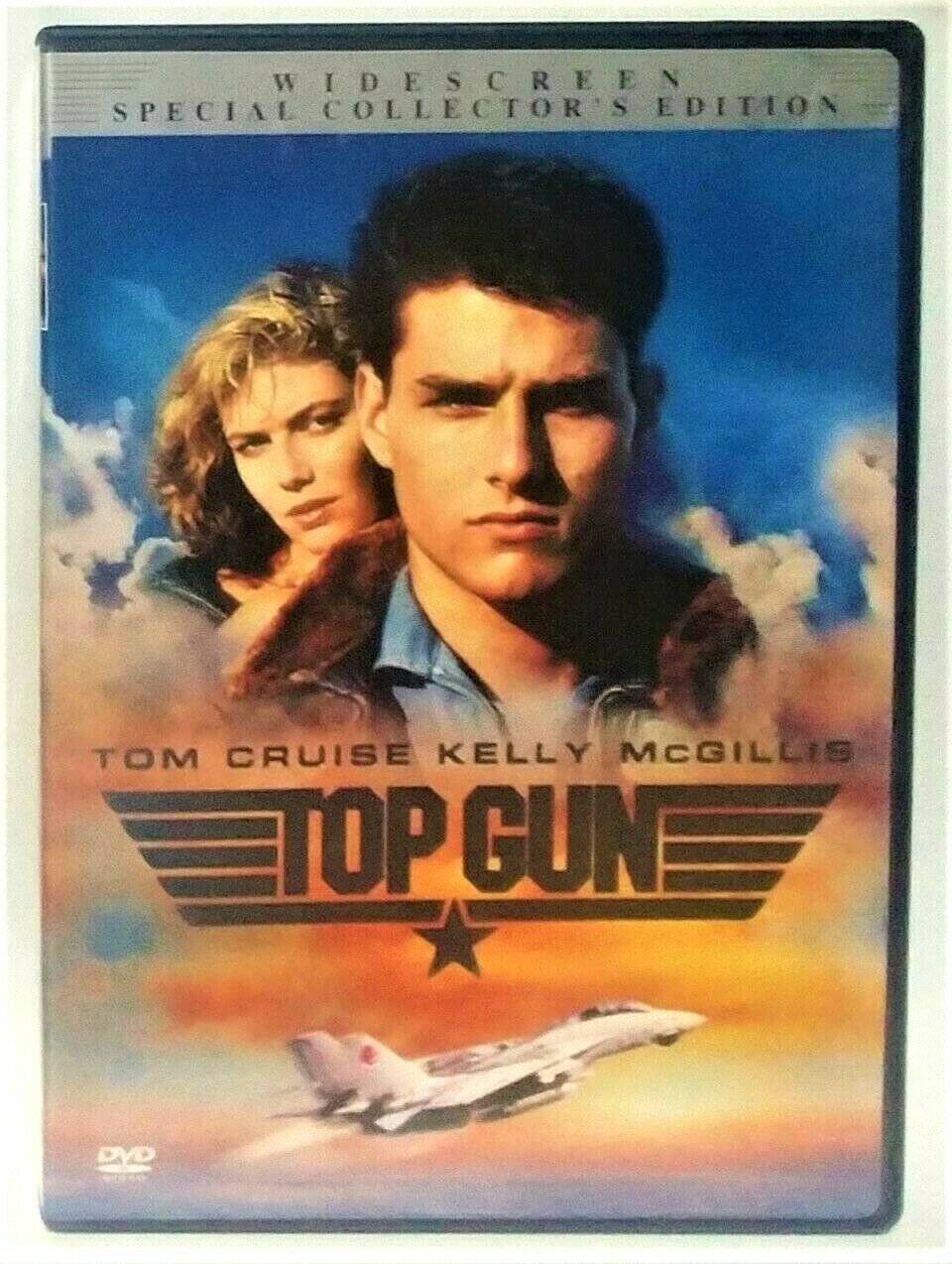 Tweet
TOP GUN (DvD, 2-Disc Set, Collectors Edition, Widescreen) starring Tom Cruise, Kelly
Maverick (Tom Cruise) is a reckless F-14 pilot who flies by instinct and breaks all of the rules. While attending the Navy's elite air combat training academy, affectionately known as "Top Gun," Maverick romances the civilian astrophysics instructor (Kelly McGillis) and competes with crackerjack pilot Ice (Val Kilmer) for top honors. He is the quintessential rebel, upsetting senior officers with his antics and risk-taking while simultaneously amazing them with his skill. In the end, Maverick overcomes a tragic loss and his need to stand out in the crowd and proves that he can shine as part of a team. Anthony Edwards stars as Maverick's best friend and co-pilot, Goose, and Meg Ryan first garnered attention as Goose's wife, Carole. Superb state-of-the-art aerial photography makes TOP GUN, directed by Tony Scott, one of the most exciting and entertaining films of its genre. This top grossing movie of 1986 is allegedly based on a Navy fighter pilot program at the Miramar Naval Base in San Diego, California, and was filmed on location at the base.
... [Full Description]