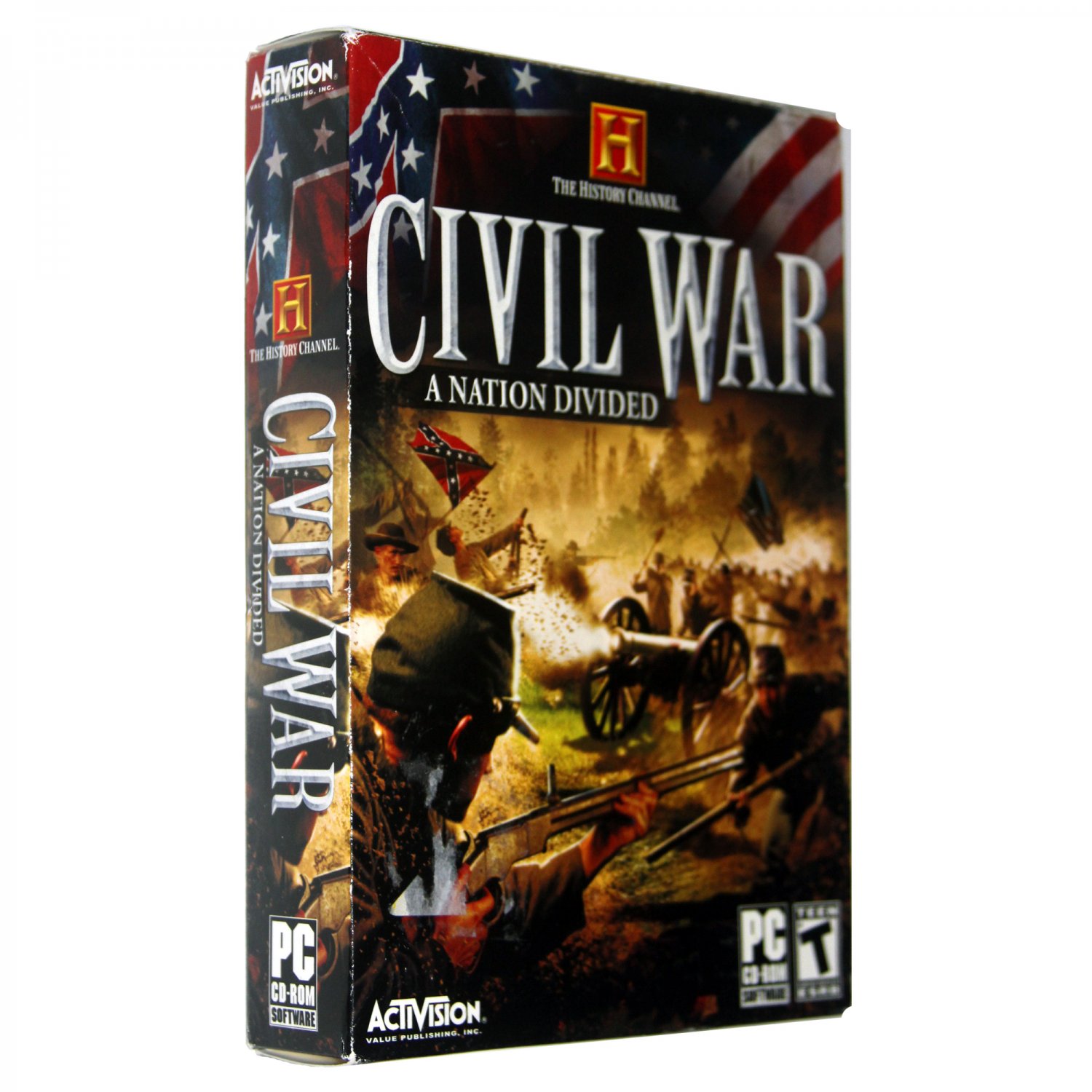 Tweet
Focusing on the battles in between the War of 1812 and the Civil War, The History Channel: Civil War -- A Nation Divided follows players as they take the roles of generals such as Thomas "Stonewall" Jackson, and guide troops into triumphant victory or heart-breaking defeat. Gamers face off with a variety of enemies, such as British redcoats, Santa Ana's Mexican army, and even feared pirate Captain Lafitte, in an effort to complete 43 single-player missions and 12 multiplayer missions.

To complete this task, players are outfitted with over 100 units, ten types of walls, and 50 buildings to create and defend a base or attack and lay siege to an enemy encampment. Along with participating in battle, players must also spend time managing their fortifications, hospitals, depots, and kitchens to make sure all troops are healthy, armed, and fed. The History Channel: Civil War -- A Nation Divided is designed to add a level of authenticity to the gameplay, and therefore has adjusted the accuracy of weapons to reflect their abilities. For example, musket fire will not necessarily hit an enemy soldier, and cannons fired out of range rarely hit their target.

From the Manufacturer: Immerse yourself in the intensity, carnage, and chaos of the war that divided a nation! Play as a Confederate or Union soldier in America's most legendary battles including Gettysburg, Bull Run and Antietam. Use authentic firearms, fight in intense hand-to-hand combat, place explosives, sabotage enemy artillery, destroy buildings, and more!
... [Full Description]