Book of Sith: Secrets from the Dark Side 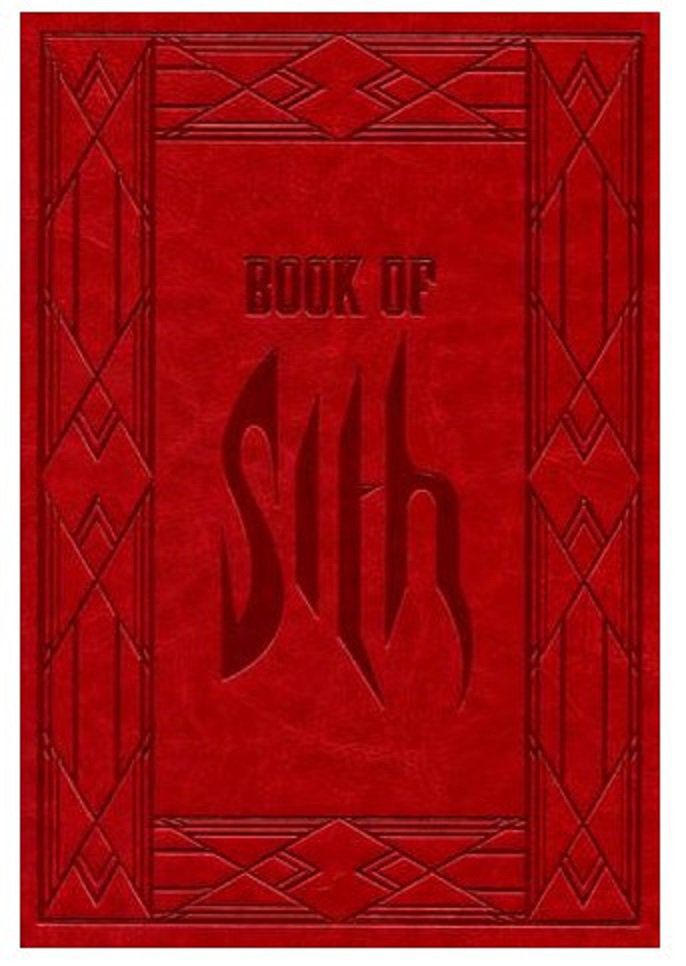 Tweet
Book of Sith: Secrets from the Dark Side
The Sith have existed in the galaxy for centuries, lurking, waiting for their chance to seize control. As various Sith Lords emerged and rose to power, they recorded their thoughts, exploits, and plots for Sith control of the galaxy. When they fell, their knowledge vanished with them forever. Or so it seemed. . . .

Over the years, these writings were passed among numerous Sith and Jedi, who added their comments to the pages. In his quest for domination, Darth Sidious tracked down what remained of five pivotal Sith texts written by his most powerful predecessors. Then, drawing on the knowledge within the compiled pages, he wrote a sixth text—his own manifesto. Together, these documents, along with several collected objects associated with them, shed light on the philosophy, achievements, and failures of the Sith Order. For years, this collection remained hidden, existing as legend only. But now all who are tempted may unlock the Book of Sith and delve into the dark side. . . .

From the creators of The Jedi Path, in collaboration with Lucasfilm, Book of Sith reveals the mystery and madness of the dark side—while introducing new characters, history, as well as sinister insights into what it means to be a Sith Master.

Recovered dark side texts:
• A chronicle by Sorzus Syn of her encounters with Sith Purebloods, explorations in alchemy, and the foundations of the Sith Order.
• A war journal kept by Darth Malgus during the Great Galactic War, describing methods of war and the campaigns of the Sith army.
• A source book by Darth Bane that details the idea and the philosophy behind the Rule of Two as well as the training required for a Sith.
• An instructional manual by Mother Talzin exploring the Nightsisters’ use of the dark side and their role as dark side mercenaries in the galaxy.
• A scientific journal by Darth Plagueis with notes about his experimentation with and manipulation of the Force.
• Darth Sidious’s manifesto about the philosophy and political manipulation that marked his rise to power and established his Empire.

!!!Important!!!! Be sure to contact me before ordering, in order to decide how I will deliver the book to you!!!

You should understand that you will receive a PDF file, not a paper book. That's why the price is so low. But this is the best offer!!! You can look at AMAZON and EBAY, I don't worry because I have the lowest price!!!
If you have a problem with payment, write me, I'll tell you how to solve this problem!
... [Full Description]

Other Products from book-a-book (View All)