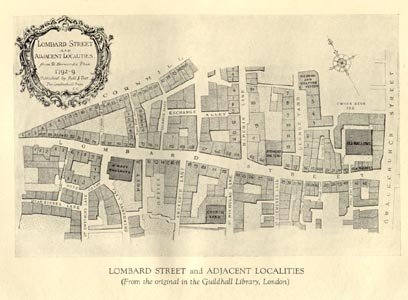 
This volume comprises The Short Journal, The Itinerary Journal and the Haistwell Diary, which are now published for the first time in Commemoration of The Tercentary of his Birth 1624-1924. Published for the Friends' Historical Association, Philadelphia, Pennsylvania.

George Fox was born at Drayton in Leicestershire in 1624, the son of a weaver who is recorded as having been quiet and serious in his childhood and youth. Repelled by the clergy of his time, he became convinced during a visit to London that Christ himself was the only minister who could save souls.

His preaching in the countryside rapidly brought him many followers who called themselves the "Society of Friends" but also much persecution for his preaching and contemptuous reference to churches as "steeple-houses". Often beaten almost to death, his persecution served to swell the numbers of his followers.

Fox was brought to trial in 1650 and his followers were nick-named "Quakers" because of his preaching of eternal damnation. Whilst Fox was imprisoned, the commonwealth Army offered him a captaincy which he declined in the name of "the virtue . . . and power that takes away the occasion of all wars". Despite many beatings, imprisonment (sometimes without trial) and an attempt to drown him, Fox continued his preaching and his following included a number of intellectuals such as William Penn.

Caught up in the political turmoil of his time, Fox was arrested on suspicion of plotting to restore the Stuart dynasty. Cross-examined by Oliver Cromwell, the Lord Protector, himself. Cromwell was so impressed with Fox's simplicity and honesty that he ordered his release.

In 1671 he took his preaching mission to America and returned to England the following year.

Fox spent the last years of his life organizing the Society of Friends and preparing his "Journal" for publication.


Payment must be received within 10 days of the end of the auction, unless other arrangements are made. Buyer pays $5.50 Shipping in Continental U.S. Checks held till clear. Money Orders shipped on receipt. Buyer Must Request Insurance at Additional Expense. IL residents add 7.25% sales tax.