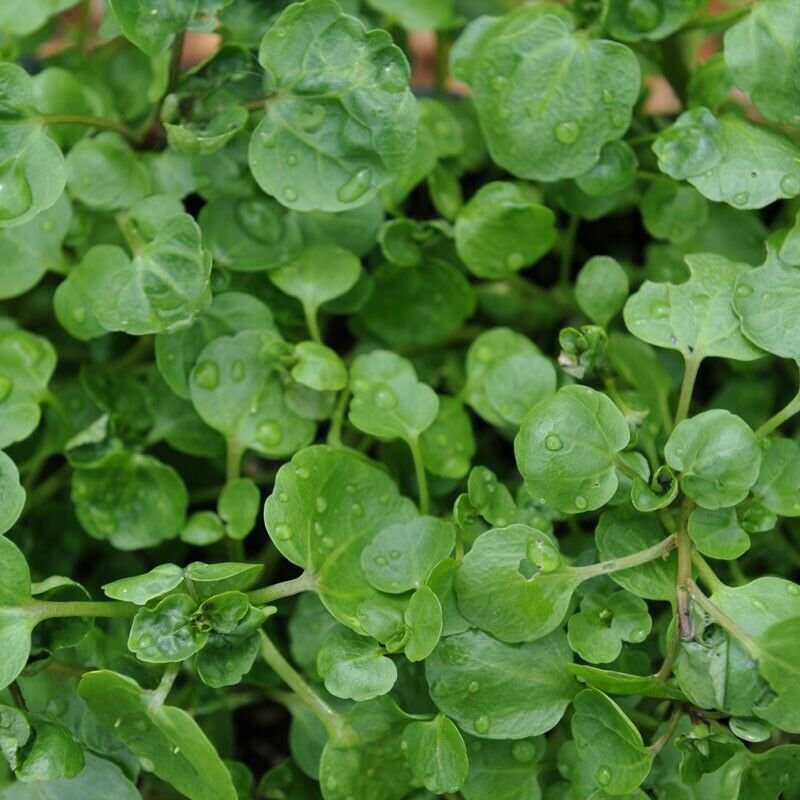 Tweet
Succulent crisp leaves have pungent peppery flavor, long considered a gastronomic delicacy and super high in vitamins A and C, as well as folate. Watercress is easily cultivated in traditional garden beds or containers. This is a high-yielding strain for professional production, or for anyone who cherishes this unique crop. Best for autumn or spring planting.

Watercress is a low, spreading perennial, to about 20cm high. It has round, dark green leaves with a red-brown tinge, and red veins that spread from the short, fleshy red stem.

All parts of the plant can be used, raw or cooked and impart a spicy, peppery taste. The leaves may be used fresh in salads, sandwiches and garnishes. Alternatively, they may be used cooked in casseroles, stews or soups and in butters, spreads and sauces. Watercress is very popular in Asian cuisine.

Watercress is high in vitamins and minerals so there is a general health benefit from using watercress in meals on a regular basis. Although the Western world uses watercress in meals, the Eastern world continues to use watercress for its health benefits. For example, watercress soup in Asian cuisine is seen as beneficial for mouth health, protecting against gingivitis, ulcers, swollen gums and general health. Watercress is also viewed as being useful in the recovery period after illness, or colds and flu due to the high vitamin and mineral content.