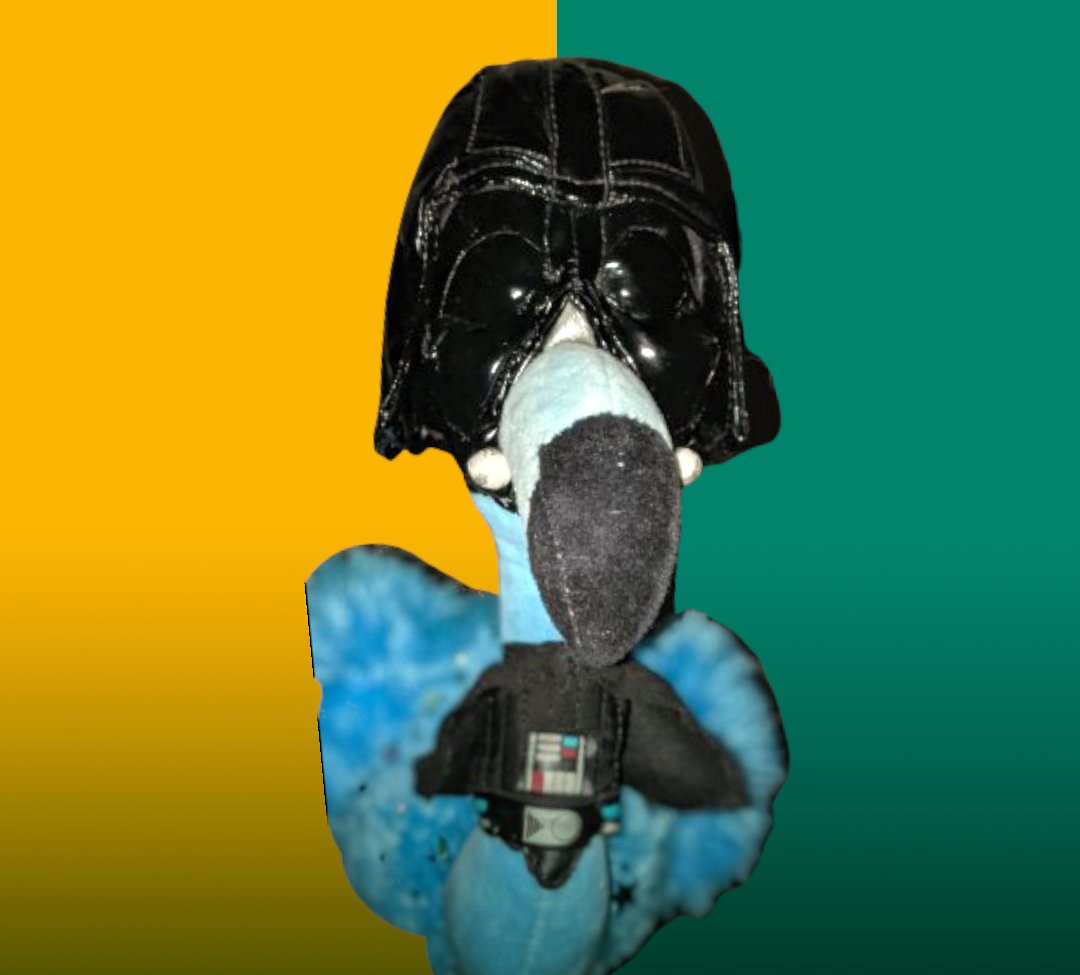 Originally a slave in Tatooine, Fllorida, Andean Skywalker was a Jedi prophesied to bring balance to the Force. His bill is specially adapted to separate mud and silt from the food he eats, and is uniquely used upside-down.

He is lured to the dark side of the Force by Emperor Penguintine and became a Sith lord. After a lightsaber battle with his former mentor Osprey-Wan Kenobi, in which he is severely injured, Andean is transformed into Darth Flamingo.

He then serves the Floridian Empire as its chief enforcer until he ultimately redeems himself by saving his son, and killing Penguintine, sacrificing his own life in the process.

* Sit him in your window to keep your neighbors at bay!

* One of a kind artwork (will never be reproduced!)

* May force choke your pets.

Don't Pet Creations takes unwanted plush toys and breathes madness and new life into them. Some call it twisted, some call it weird. However, none can deny this simple fact: Not since the days of Victor Frankenstein has a mad scientist created such delightfully obscene, horrific ABoMinaTioNS.
... [Full Description]