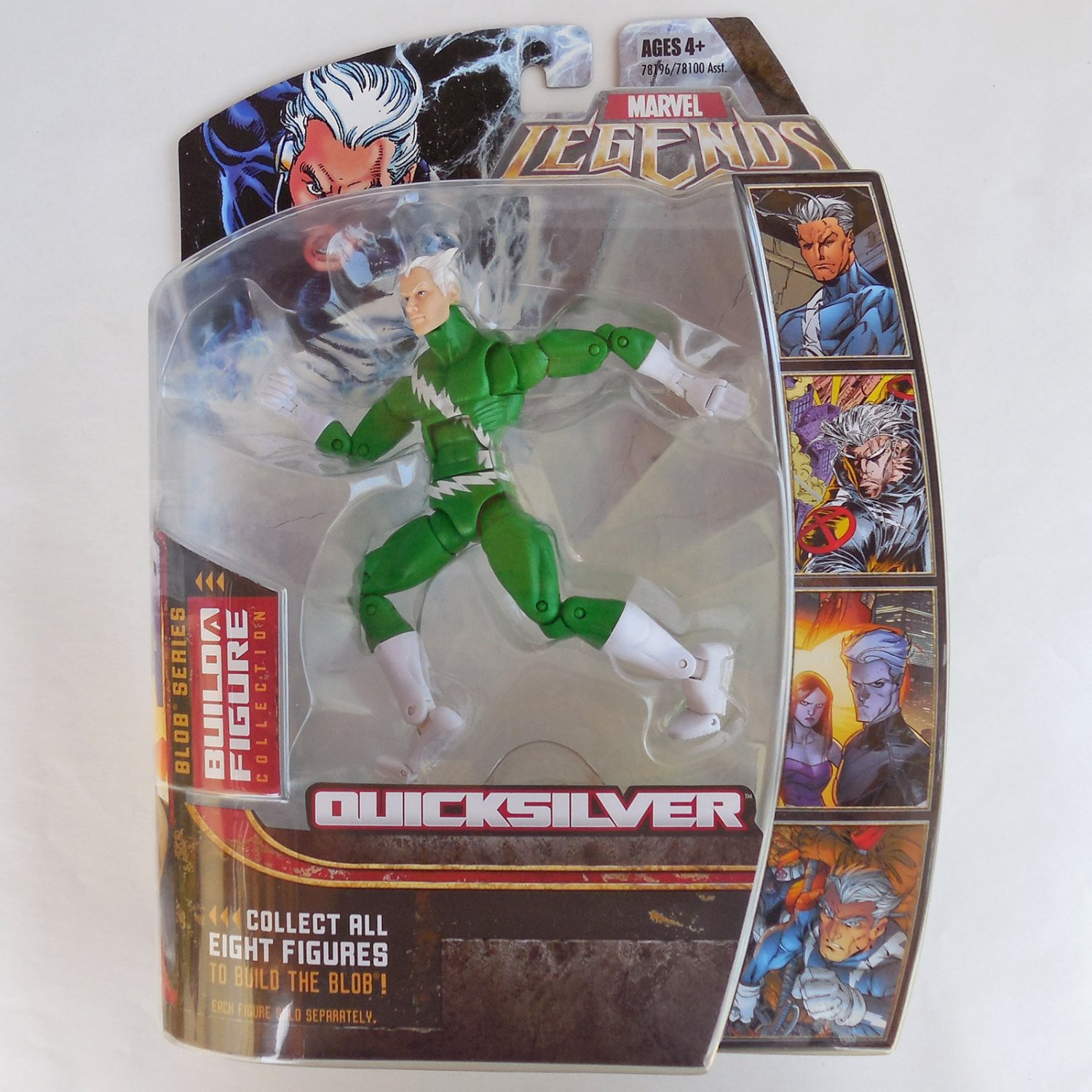 Tweet
Son of the greatest mutant criminal ever to live and brother to the infamous Scarlet Witch, Quicksilver is a no less legendary figure. He has been a member of the Brotherhood of Mutants, a member of the government sponsored X-Factor and long-time Avenger. He has walked the line between hero and villain, forced by circumstance to travel back and forth from the light to the dark. As a member of his father's government in Genosha, he hoped to be a calming influence on the anti-human ambitions of Magneto, but as his sister's brother he was instrumental in the creation of the House of M crisis. Depowered after M-Day, he stole the Mists of Terrigen from the Inhumans, using them to regain his powers and restore those of several other former mutants. Whether his next move will be in defense of the Earth or an attempt to conquer it is unknown.

Factory sealed with no exposure to smoke or pets; partial yellowing of the bubble. It will be sent bubble wrapped and well packed, usually within a day of purchase. A tracking number will be provided.
... [Full Description]