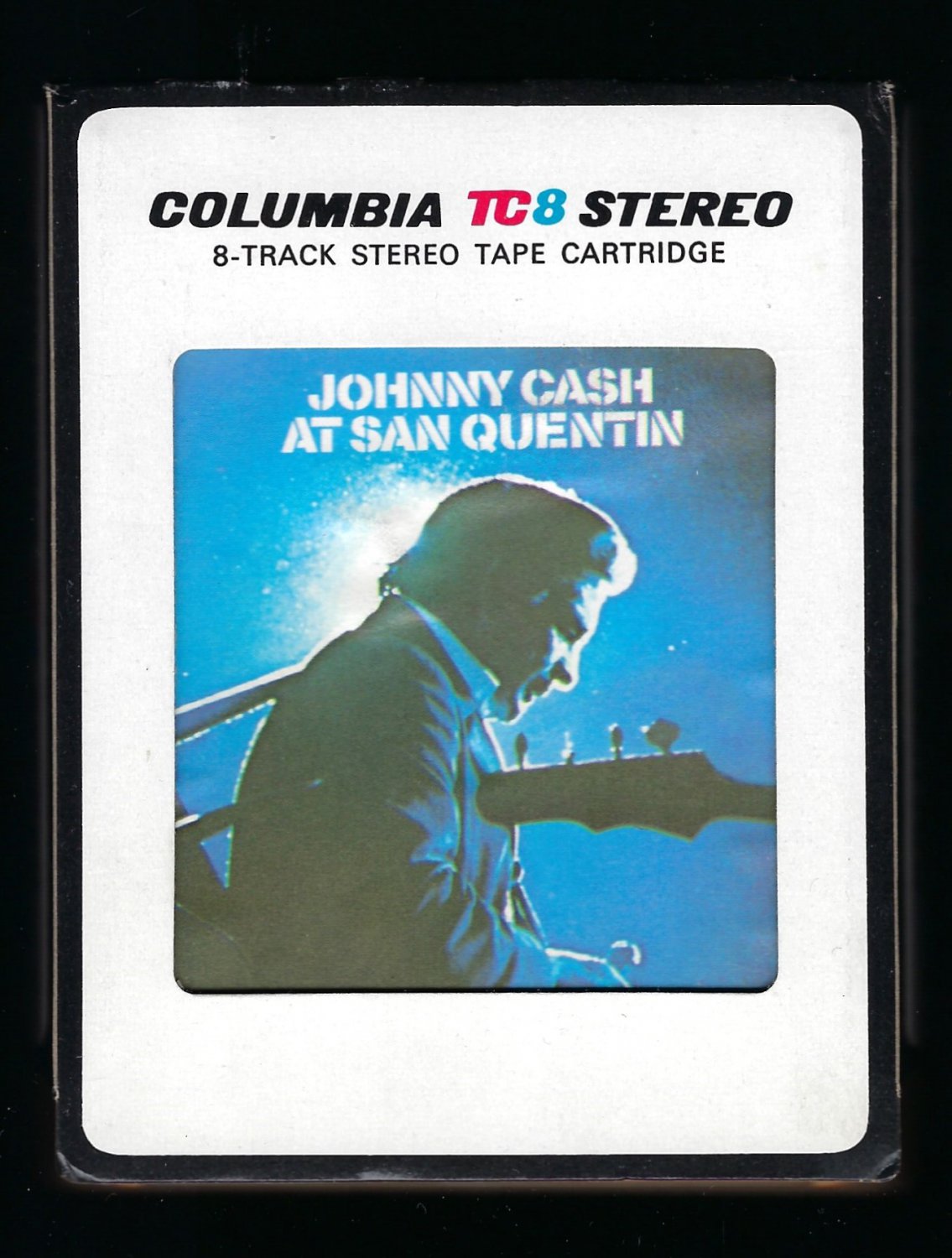 Tweet
Johnny Cash at Folsom Prison is a live album by American singer-songwriter Johnny Cash, released on Columbia Records in May 1968. After his 1955 song "Folsom Prison Blues", Cash had been interested in recording a performance at a prison. His idea was put on hold until 1967, when personnel changes at Columbia Records put Bob Johnston in charge of producing Cash's material. Cash had recently controlled his drug abuse problems, and was looking to turn his career around after several years of limited commercial success. Backed by June Carter, Carl Perkins and the Tennessee Three, Cash performed two shows at Folsom State Prison in California on January 13, 1968. The album consists of fifteen tracks from the first show and two tracks from the second.

Despite little initial investment by Columbia, Johnny Cash at Folsom Prison was a hit in the United States, reaching number one on the country charts and the top 15 of the national album chart. The lead single, a live version of "Folsom Prison Blues", was a top 40 hit, Cash's first since 1964's "Understand Your Man". At Folsom Prison received positive reviews and revitalized Cash's career, becoming the first in a series of live albums recorded at prisons that includes At San Quentin (1969), På Österåker (1973), and A Concert Behind Prison Walls (1976). The album was rereleased with additional tracks in 1999, a three-disc set in 2008, and a five LP box set with bonus rehearsals in 2018 for Record Store Day. It was certified triple platinum in 2003 for US sales exceeding three million.

Johnny Cash (born J. R. Cash; February 26, 1932 – September 12, 2003) was an American singer-songwriter and one of the most influential musicians of the 20th century. Primarily a country music artist, his songs and sound spanned many other genres including rockabilly and rock and roll (especially early in his career), as well as blues, folk and gospel.

Cash was known for his deep, distinctive bass-baritone voice, the "chicka-boom" freight train sound of his Tennessee Three backing band, his demeanor, and his dark clothing, which earned him the nickname "The Man in Black". He traditionally started his concerts with the introduction "Hello, I'm Johnny Cash".

Much of Cash's music, especially that of his later career, echoed themes of sorrow, moral tribulation and redemption. His signature songs include "I Walk the Line", "Folsom Prison Blues", "Ring of Fire", "Get Rhythm" and "Man in Black". He also recorded humorous songs, such as "One Piece at a Time" and "A Boy Named Sue", a duet with June Carter called "Jackson", as well as railroad songs such as "Hey Porter" and "Rock Island Line."

Cartridge color is actually fire red, scanner making it to appear orange.
Comes to you fully restored with a 7-day money back guarantee.
... [Full Description]