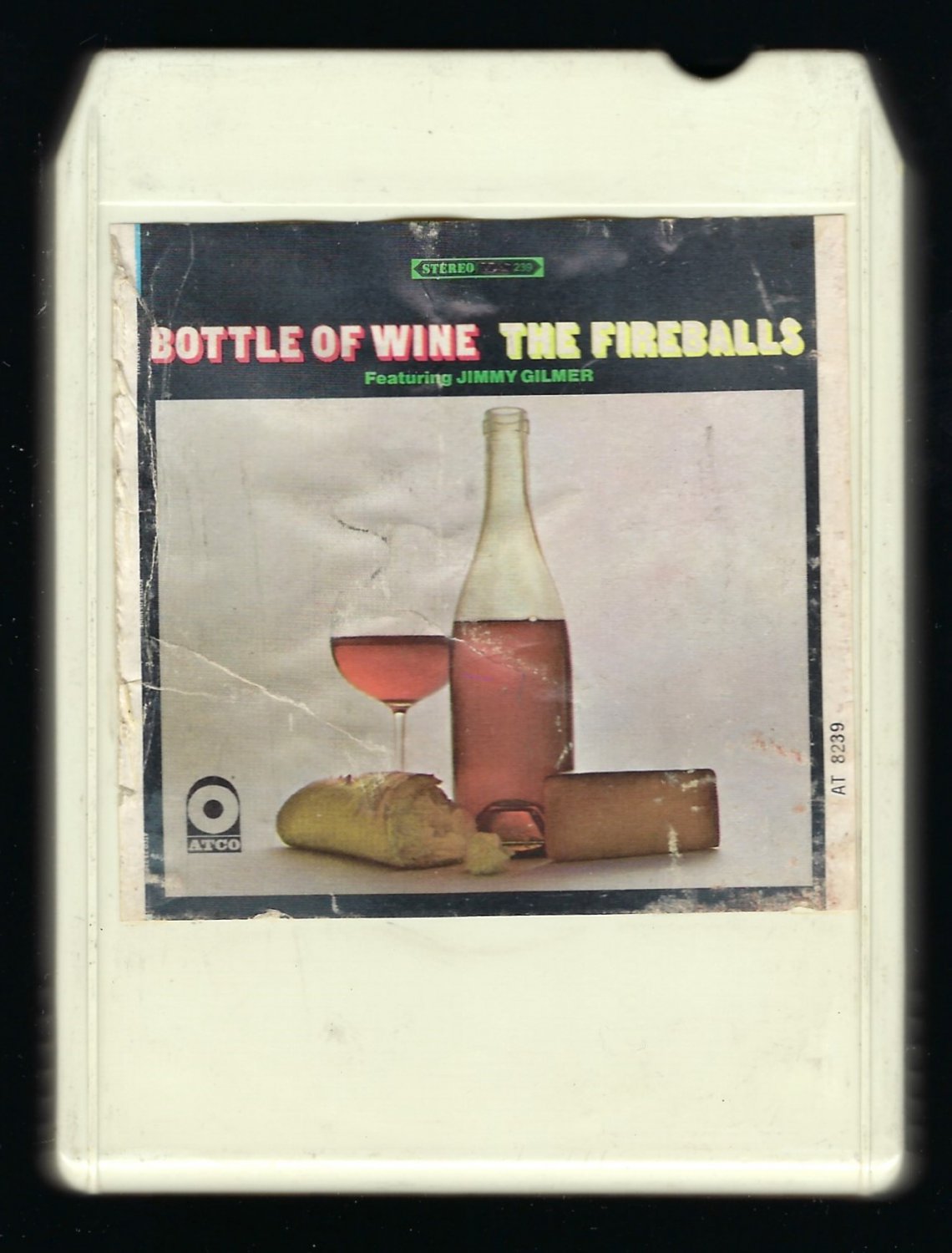 Tweet
"Bottle of Wine" is a song written and recorded by Tom Paxton, which was also a hit for the band The Fireballs. The Fireballs' version reached #9 on the Billboard Hot 100 in 1968. It also reached #3 in South Africa. The song appeared on their 1967 album, Bottle of Wine. The Fireballs version included only two out of the four verses written by Paxton with the chorus being repeated.

The song was produced by Norman Petty, and was ranked #63 on Billboard magazine's Top Hot 100 songs of 1968.

The Fireballs, sometimes billed as Jimmy Gilmer and the Fireballs, were an American rock and roll group, particularly popular at the end of the 1950s and in the early 1960s. The original line-up consisted of George Tomsco (lead guitar), Chuck Tharp (vocals), Stan Lark (bass), Eric Budd (drums), and Dan Trammell (rhythm guitar).

The Fireballs were formed in Raton, New Mexico, in 1957, and got their start as an instrumental group featuring the distinctive lead guitar of George Tomsco. They recorded at Norman Petty's studio in Clovis, New Mexico. According to group founders Tomsco and Lark, they took their name after their standing ovation performance of Jerry Lee Lewis's "Great Balls of Fire" at the Raton High School PTA talent contest in New Mexico, USA. They reached the top 40 with the singles "Torquay" (1959), "Bulldog" (1960), and "Quite a Party" (1961). "Quite a Party" peaked at No. 29 in the UK Singles Chart in August 1961. Tharp, Budd, and Trammell left the group in the early 1960s, but the Fireballs added Doug Roberts on drums, plus Petty Studio singer/pianist Jimmy Gilmer (born September 15, 1940, in Chicago and raised in Amarillo, Texas) to the group.

Billed as Jimmy Gilmer and the Fireballs, the group reached No. 1 on the Billboard chart with "Sugar Shack", which remained at that position for five weeks in 1963. The single also reached No. 1 on Billboard's R&B chart for one week in November of that year, but its run on that chart was cut short because Billboard ceased publishing an R&B chart from November 30, 1963, to January 23, 1965. Nonetheless, "Sugar Shack" earned the group a Gold Record Award for "Top Song Of 1963". In the UK, the song peaked at No. 45. Jimmy Gilmer and the Fireballs then had another pop hit in 1964 with a similar-sounding "Daisy Petal Pickin'", which reached No. 15 on the Hot 100.

Besides their own recordings, the Fireballs were studio musicians for other recording artist projects. Among many, folk singer Carolyn Hester and Arthur Alexander. Norman Petty had been Buddy Holly's main recording producer; after Holly's death, he obtained the rights to Holly's early rehearsal and home demo recordings. From May 1962 until August 1968, Petty had the Fireballs overdub the Holly material, making them the band he never knew he had, though the band had met Holly at Petty's studio in 1957. The overdubs were originally released on four albums of "new" Holly material throughout the 1960s with four of the efforts, released as singles, charting. In 1964, they recorded and released an album (solely under Jimmy Gilmer's name) of a dozen Holly covers called Buddy's Buddy, likely inspired by the posthumous collaborations.

During the run of "Daisy Petal Pickin'" on the charts, the British Invasion began with the first hits by the Beatles. The group had difficulty competing with the influx of British artists and did not reach the Top 40 again until 1967, with "Bottle of Wine", which was written by Tom Paxton. The Fireballs took "Bottle of Wine" to No. 9 on the Hot 100. Although Gilmer was still a member of the group, the band was billed simply as "The Fireballs" on that single. Gilmer left the group in 1967 to pursue artist management and record production in Nashville. Drummer Doug Roberts died in 1981.

All of the Fireballs' material has been reissued on Ace Records (UK) and Sundazed record labels. The Fireballs continued performing with original members George Tomsco, Stan Lark, and Chuck Tharp until 2006, when Tharp died of cancer. Gilmer returned as lead vocalist in 2007. Lark retired from the group in 2016. Tomsco has continued to release CDs of new material using the Fireballs name and continues to do the occasional show as a "solo Fireball", and also along with Gilmer.