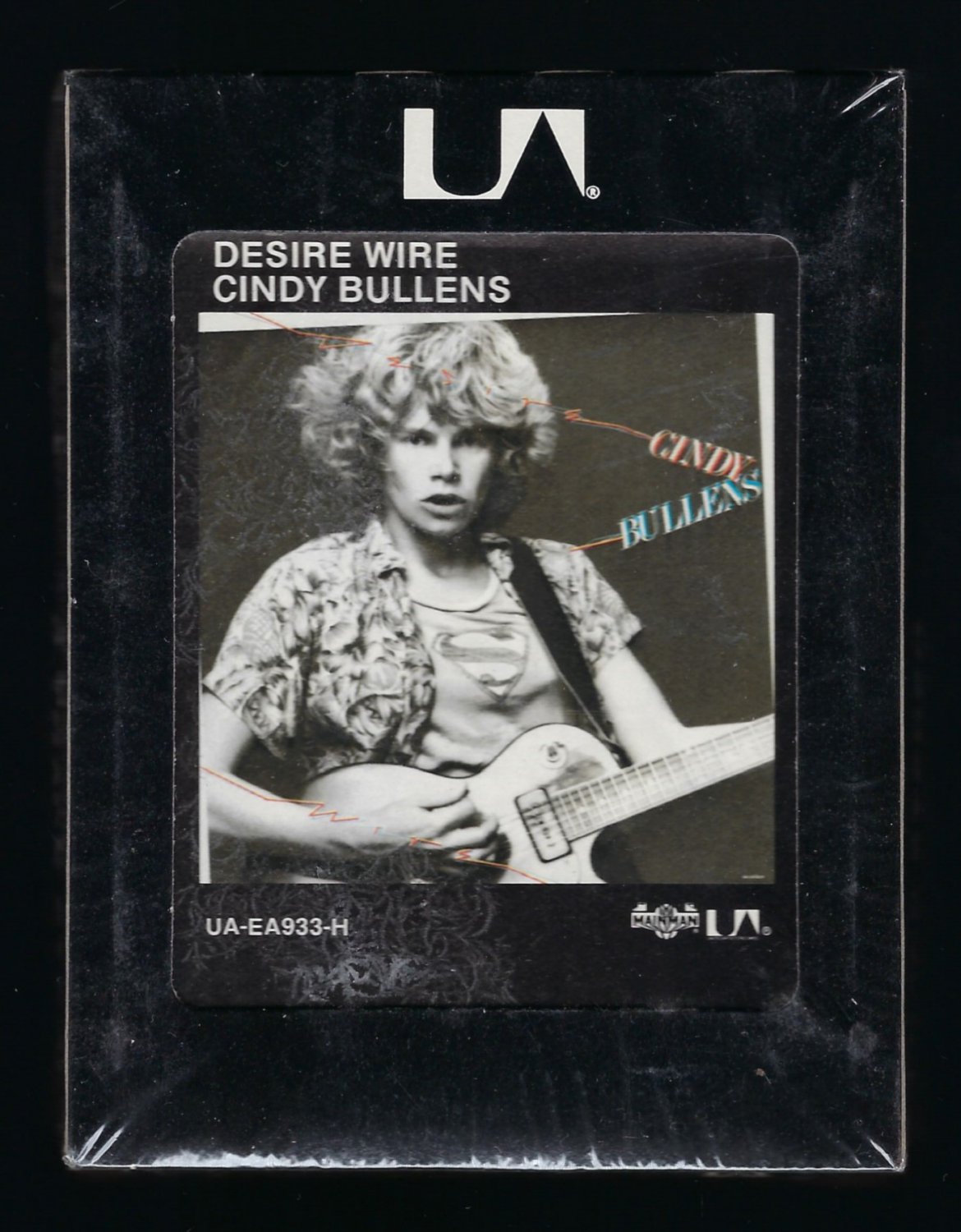 Tweet
Desire Wire is the debut album by singer-songwriter and musician Cindy Bullens, released in 1978 on United Artists Records. It was produced by Tony Bongiovi and Lance Quinn. AllMusic's William Ruhlmann calls it "one of the great lost rock albums of the '70s".

This album features the track, "Survivor", which peaked at number 56 on the Billboard Hot 100 pop singles chart in February 1979.

Cidny Bullens (born March 21, 1950), formerly known as Cindy Bullens, is an American singer-songwriter, who is best known for serving as backup vocalist on tours and albums with Elton John and Rod Stewart, as well as providing vocals on the soundtrack of the 1978 feature film Grease. In 2012, Bullens publicly came out as a transgender man and changed his name to Cidny Bullens.

Bullens released two albums in the late 1970s on United Artists and Casablanca and another in 1989.

Bullens' 1978 debut album, Desire Wire is described flatly by William Ruhlmann for AllMusic: "One of the great lost rock albums of the 1970s, Bullens' debut release is full of tough, passionate, incredibly catchy rock & roll played to the hilt and sung with fire". These early albums anticipated later work by a host of 1980s female and female-identified rock artists, from Pat Benatar, to Blondie, to the Go-Go's, to Headpins.

In 1974, Bullens performed background vocals on Gene Clark's album No Other and as one of the Sex-O-Lettes on the debut album by Disco-Tex and the Sex-O-Lettes. Bullens was also on Don Everly's solo album Sunset Towers, Bryan Adams'You Want It, You Got It, and many others.

Bullens also served as a backup vocalist on Rod Stewart's Atlantic Crossing, and with Elton John on three major tours, his album Blue Moves and his hit with Kiki Dee, "Don't Go Breaking My Heart" (both released in 1976).

Bullens provided vocals on three songs ("It's Raining on Prom Night," "Mooning," and "Freddy, My Love") on the soundtrack of the 1978 feature film, Grease. The album release Grease was nominated for the 1979 Grammy Award for "Album of the Year".

In 1980, Bullens earned another Grammy nomination (as "best female rock singer") for his single "Survivor".

In January 1980, Bullens hit the Billboard Hot 100 with the song "Trust Me." It peaked at No. 90. He withdrew from the music business in the early 1980s to raise a family, returning in the early and mid-1990s as a songwriter and then later as a touring and recording artist. Since 1999, Bullens has toured extensively all over the US, Canada, Europe and Australia, has appeared on several major TV shows, including Late Night with Conan O'Brien, Today Show, and CBS This Morning and many radio and TV stations around the world. He is featured in two documentaries, On This Island and Space Between Breaths (and scored the music). Bullens wrote the music and lyrics for the musical Islands in 2000, which played on Broadway for a special performance at the New Victory Theater in September 2001, two weeks after 9/11.

In 2007, Bullens formed a new group, The Refugees, with music veterans Wendy Waldman and Deborah Holland. Their first CD, Unbound, was released in January 2009. Their second album "Three" was released in February 2012.

Cid is also the subject of the award-winning documentary short The Gender Line (directed by TJ Parsell and produced by Bill Brimm), which played in many film festivals world-wide in 2019–20.

Bullens grew up in Massachusetts. In 1979, Bullens married Dan Crewe, brother of songwriter/producer Bob Crewe, and divorced in 2002. Their daughter Reid was born in 1982. Their younger daughter, Jessie, born in 1985, died at age 11, of complications during treatment for cancer in 1996.

As an artistic outlet for coming out as transgender, in February 2016, Bullens debuted a "one wo/man show" entitled Somewhere Between – Not an Ordinary Life. Nashville Scene voted it to be the "Best One-Person Show of 2016.