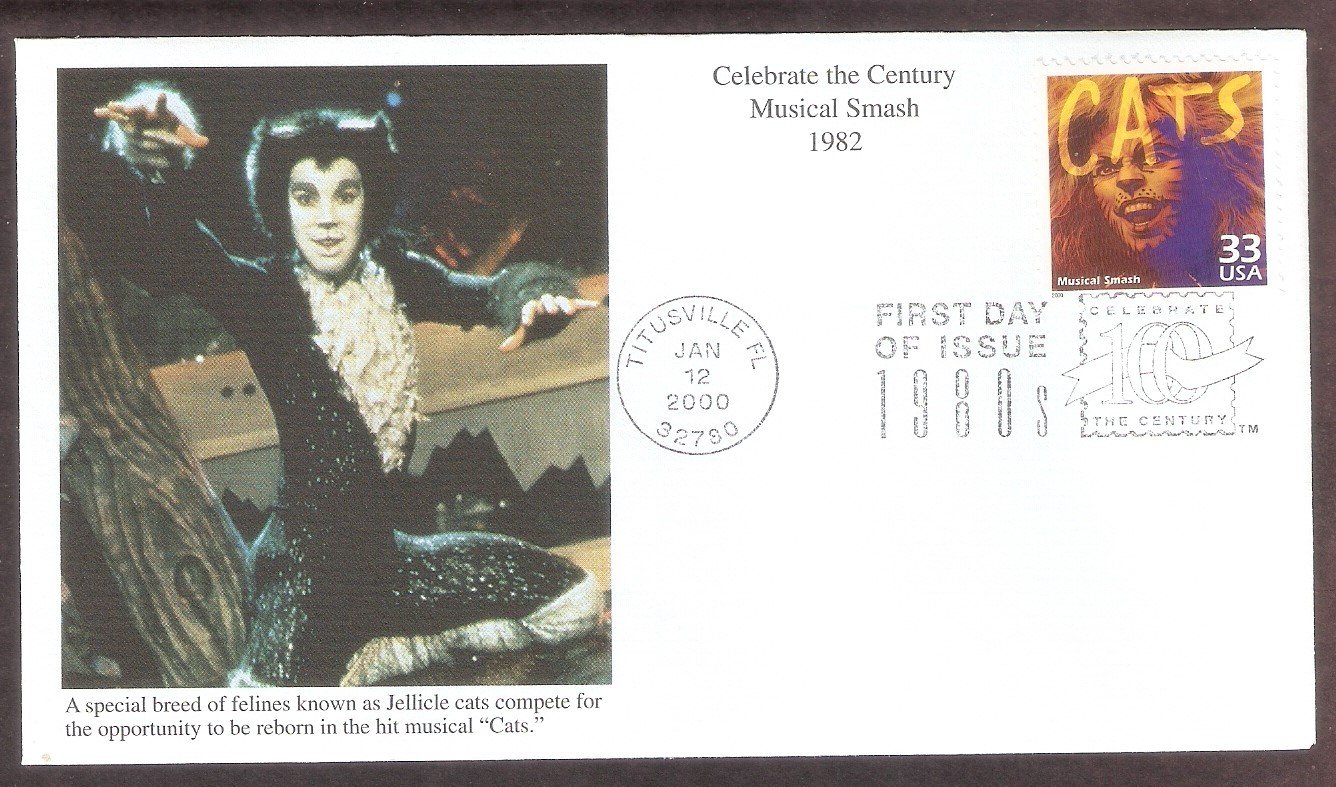 Musical Smash
Based on children's poems by T. S. Eliot, the Andrew Lloyd Webber musical "Cats" first appeared on Broadway October 7, 1982. Wildly popular with people of all ages, it has become the longest-running show in Broadway history. USPS