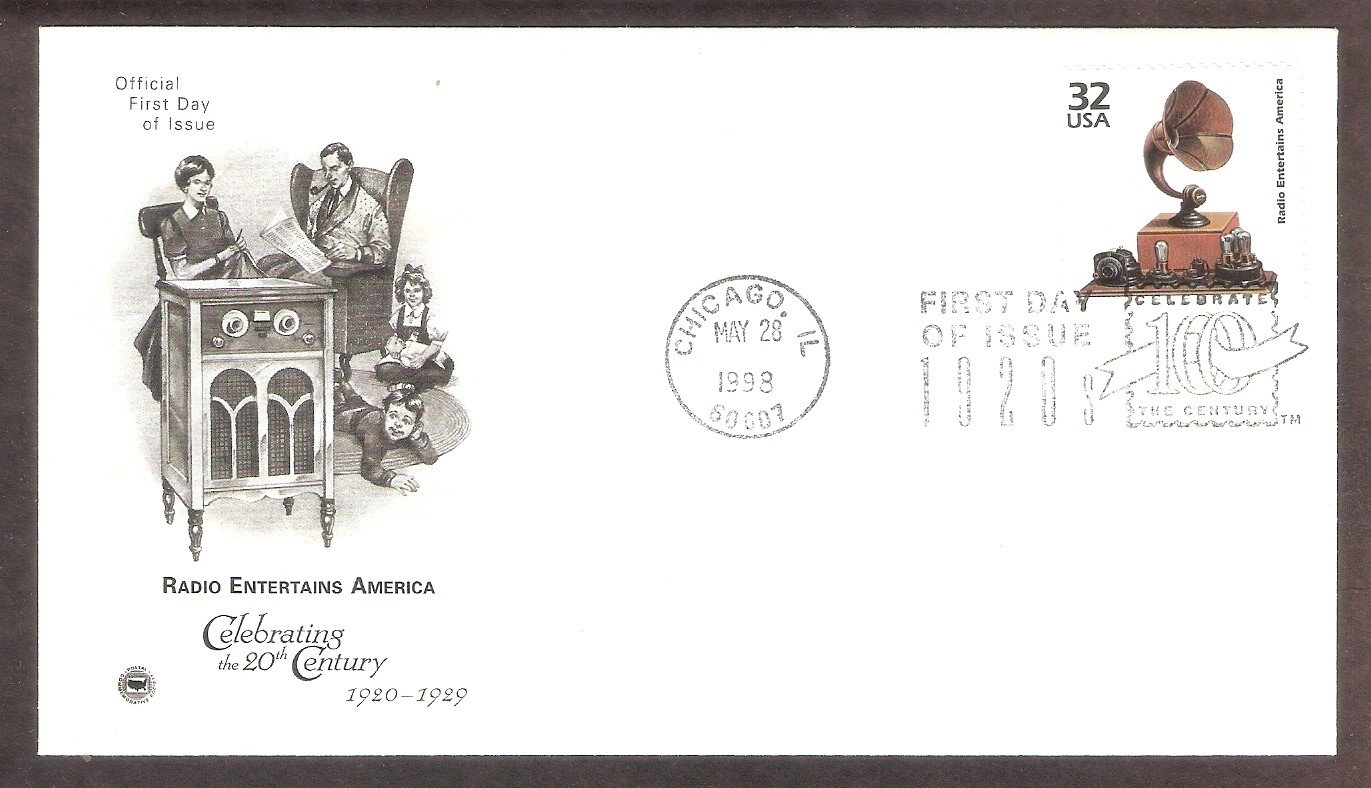 By the end of the 1920s, radio had become a national obsession. Families crowded around their sets to listen to newscasts, comedy and children's shows, variety hours, and presidential speeches. The stamp art is based on a photograph of a 1923 Atwater Kent radio.


Celebrate the Century is a United States Postal Service limited commemorative postage stamp program that honors the most significant people, places, events and trends for each decade of the 20th century.