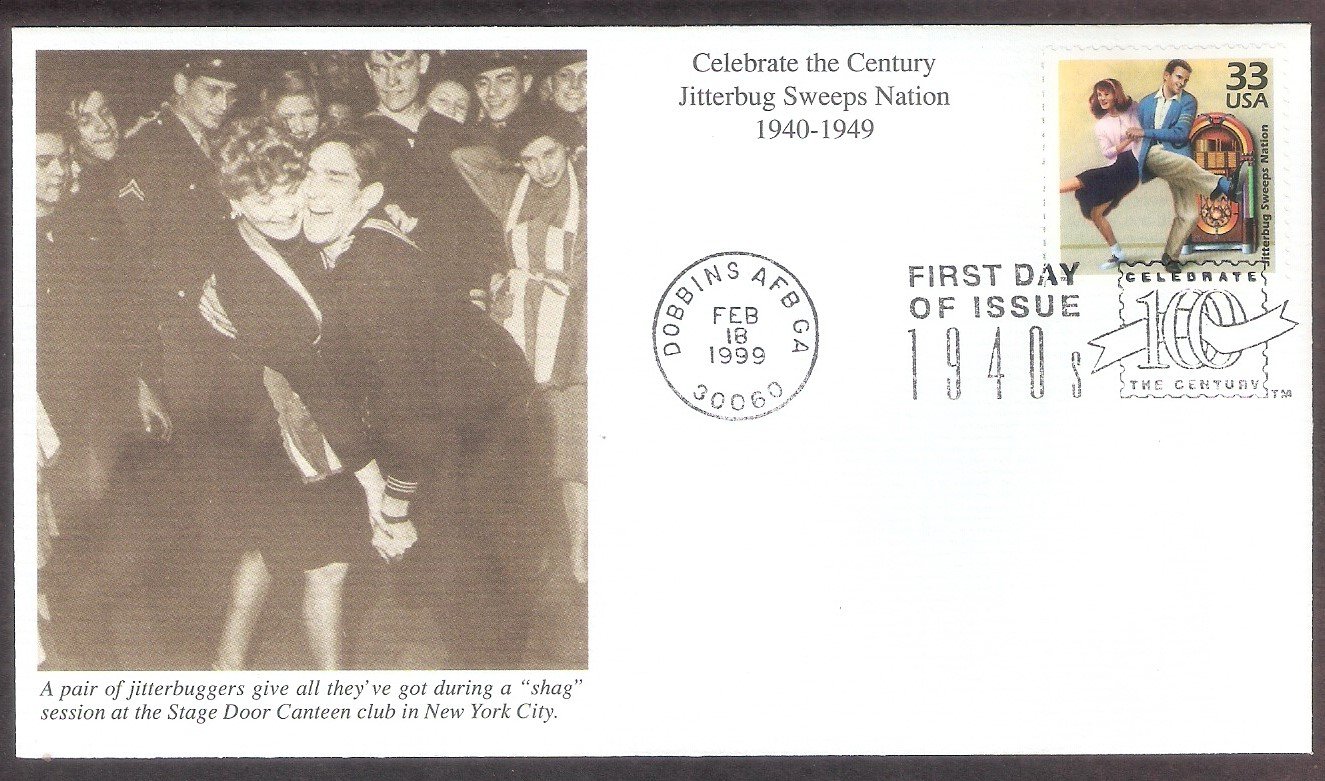 Bridging the eras of swing and rock'n'roll, the jitterbug was a fast-paced dance performed to live music played by bands and to recorded music played on jukeboxes. It was popular with GIs, teenagers, and anyone else able to keep the beat.