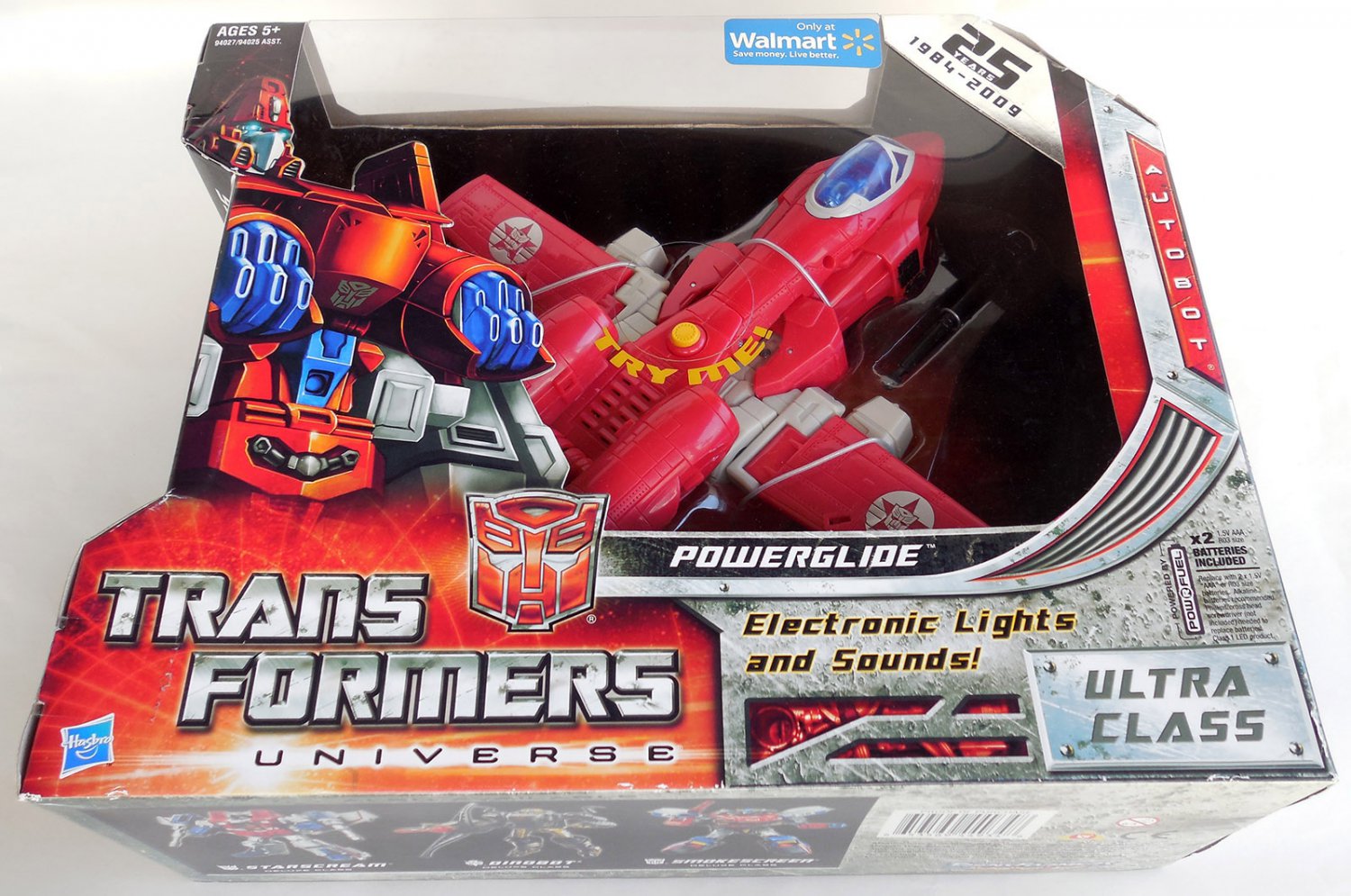 In vehicle mode, pressing the prominent orange button on the jet's fuselage triggers three electronic sound effects (an engine ignition, a swooping noise and a barrage of machine-gun fire that persists for as long as you hold down the button, the same ones are used for Universe Silverbolt, accompanied by red LEDs in the turbines and cockpit. During transformation to robot mode, the classic transformation sound effect is triggered as the torso is moved into place; it plays in reverse as he is transformed back to vehicle mode. In robot mode, pressing the orange button triggers the machine-gun sound effect only, with newly-exposed lights illuminating Powerglide's eyes as well as those seen in jet mode.

In robot mode, Powerglide features a wide range of articulation, and can wield in his hand the thermal missile launcher which mounts under his jet mode nosecone. In what can only be described as one of the most hilarious homages in Transformers history, Powerglide's chestplate can flip up to reveal the raised image a heart.

This version of Universe Powerglide is a Walmart-exclusive red redeco similar to TakaraTomy's Japanese release of this sculpt, but with some significant differences in color layout. In an effort to make the toy more accurate to the cartoon, the arms are cast in light gray plastic, unlike the all-red arms on the Japanese version.

The item is 100% smoke and pet free, and factory sealed. The batteries still work (usually it's about 50/50 with toys this old.) Regrettably, I forgot to take a picture of it lit up, and it's already been bubble wrapped. I will ship it well packed in a new 14" x 10" x 6" box, which is just enough laying down on the sides for the height.
... [Full Description]