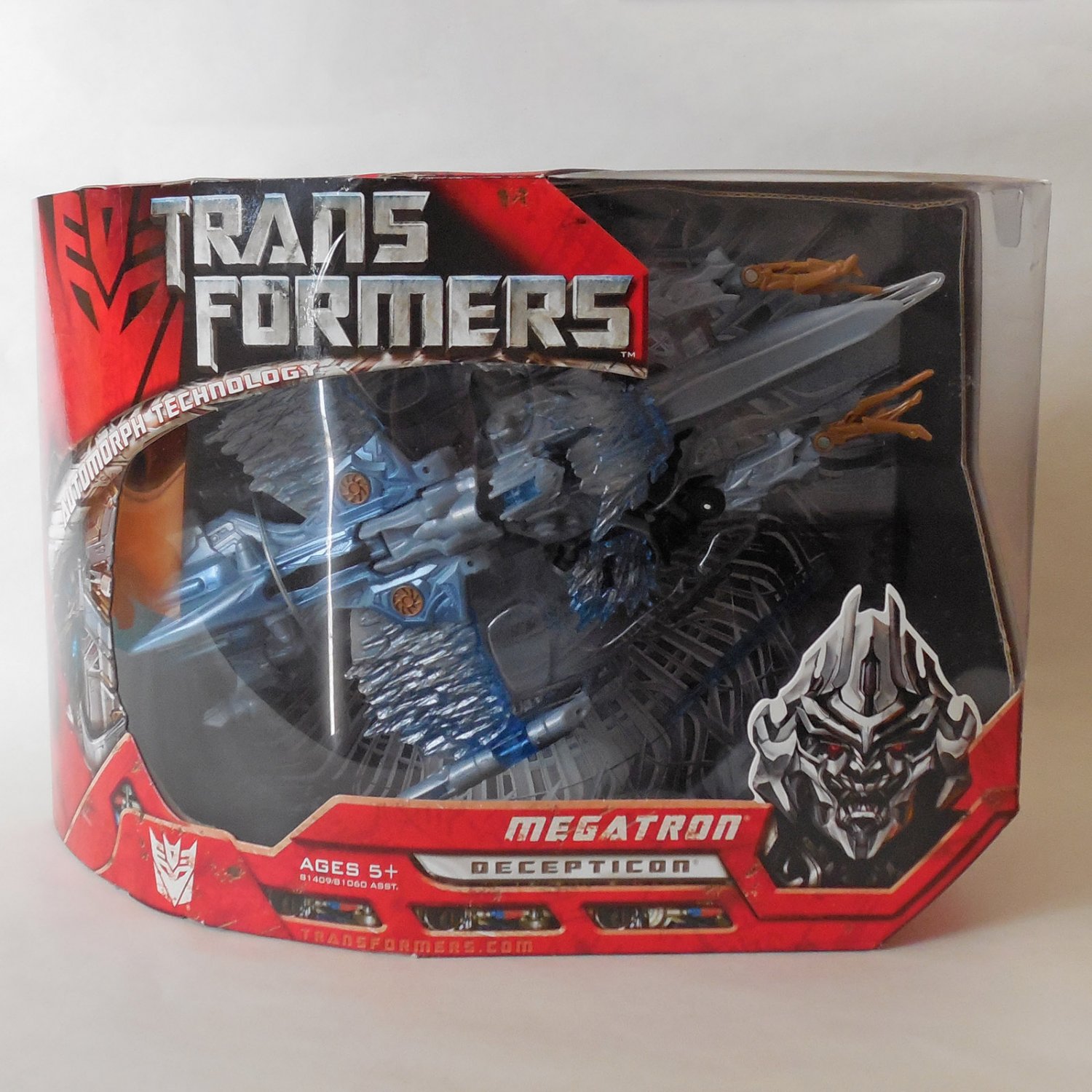 Tweet
Voyager Class Megatron transforms into an ice-covered version of his Cybertronic jet, with transparent blue plastic forming large portions of his vehicle mode, such as parts of his wings. This ice design is carried onto his robot mode, with his legs, shoulders and chest having some kind of 'ice' plastic covering them. With a significantly different (and simple compared to other figures of the same pricepoint) transformation sequence compared to his earlier Leader class toy, his chest frost lowers and his shoulders raise to robot mode position when you bring his lower body forward thanks to Automorph technology. He also has his fusion cannon in its entirety on his left arm. His wings feature flip-out "ice blades", and pulling on a piece in the back of his jet mode brings them forward like pincer claws.

This item is 100% factory sealed, and smoke and pet free. It will ship it bubble wrapped and well packed in an appropriately sized new box, usually within a day of purchase. A tracking number will be posted.
... [Full Description]