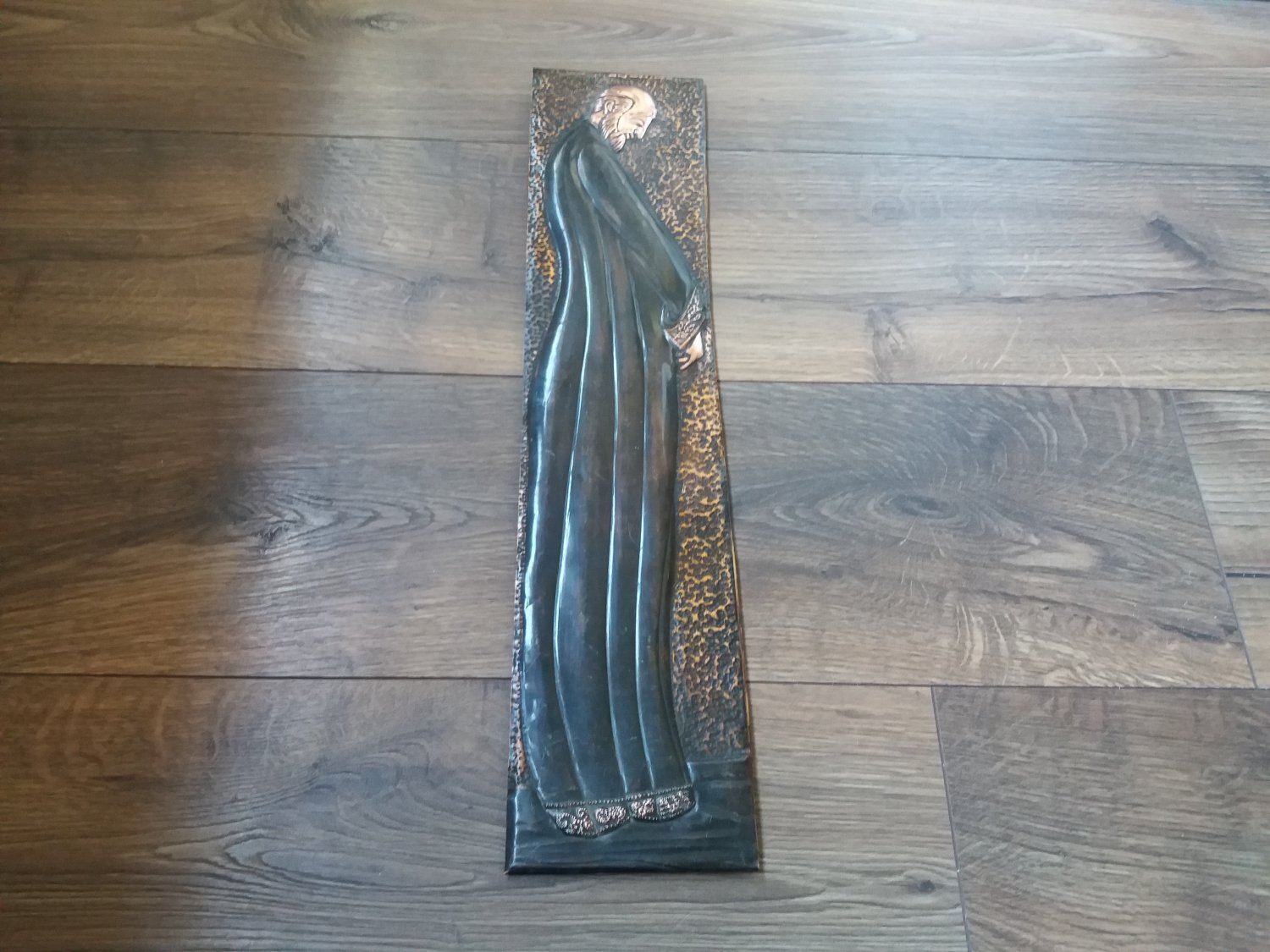 Tweet
Vintage Embossed Copper Wall Decoration of the Portrait of Komitas, Armenian Komitas, Chekanka
Antique vintage embossed copper wall decoration made in Armenia in the Soviet era 1970s or even early in the 1960s which evokes the picture of Komitas standing and praying.
Height 54.5cm – 21.45in
Width 12cm – 4.72in
Weight 373gr
Soghomon Soghomonian, ordained and commonly known as Komitas was an Armenian priest, musicologist, composer, arranger, singer, and choirmaster, who is considered the founder of the Armenian national school of music. He is recognized as one of the pioneers of ethnomusicology.
Orphaned at a young age, Komitas was taken to Etchmiadzin, Armenia's religious center, where he received education at the Gevorgian Seminary. Following his ordination as vardapet (celibate priest) in 1895, he studied music at the Frederick William University in Berlin. He thereafter "used his Western training to build a national tradition". He collected and transcribed over 3,000 pieces of Armenian folk music, more than half of which were subsequently lost and only around 1,200 are now extant. Besides Armenian folk songs, he also showed interest in other cultures and in 1903 published the first-ever collection of Kurdish folk songs titled Kurdish melodies. His choir presented Armenian music in many European cities, earning the praise of Claude Debussy, among others. Komitas settled in Constantinople in 1910 to escape mistreatment by ultra-conservative clergymen at Etchmiadzin and to introduce Armenian folk music to wider audiences. He was widely embraced by Armenian communities, while Arshag Chobanian called him the "savior of Armenian music".