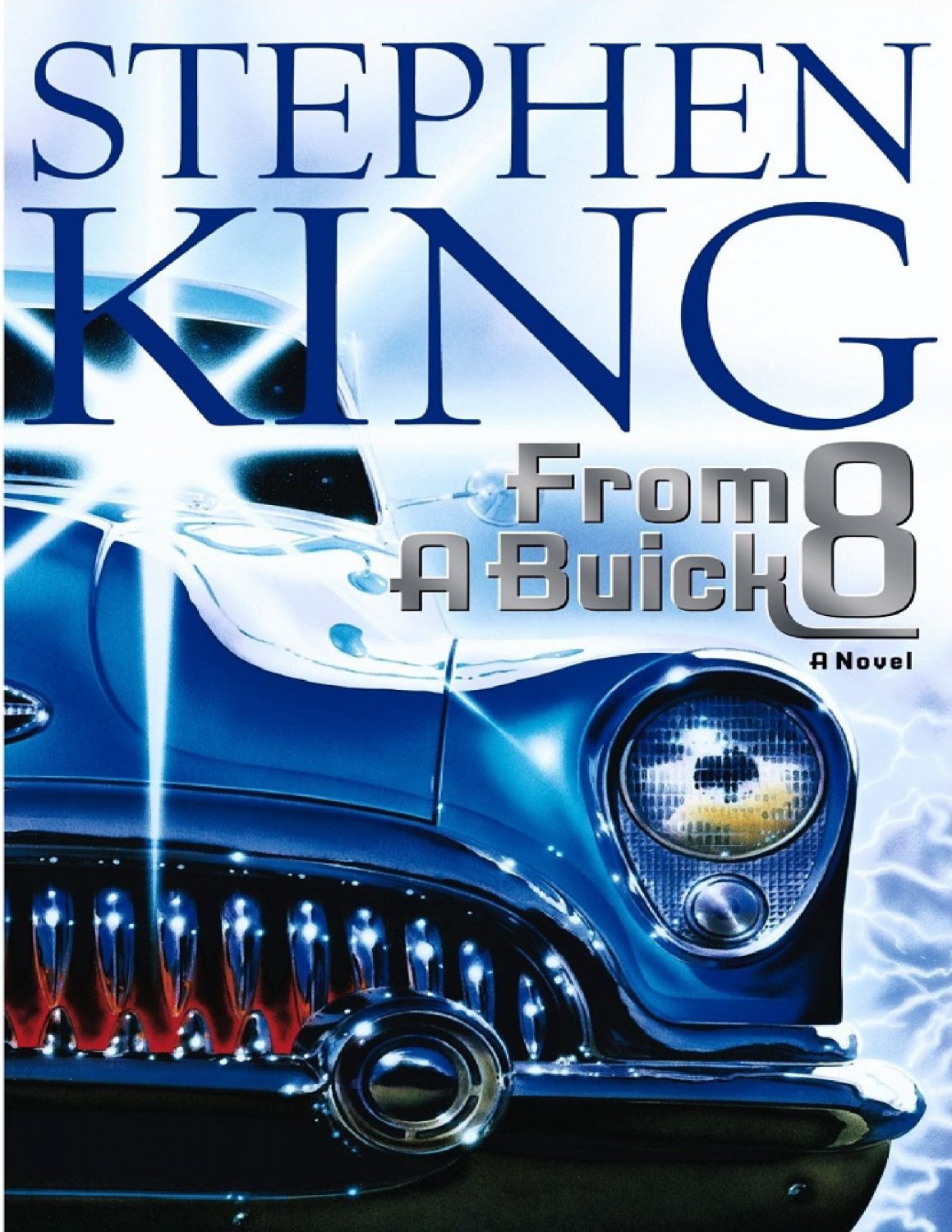 The state police of Troop D in rural Pennsylvania have kept a secret in Shed B out back of the barracks ever since 1979, when Troopers Ennis Rafferty and Curtis Wilcox answered a call from a gas station just down the road and came back with an abandoned Buick Roadmaster. Curt Wilcox knew old cars, and he knew immediately that this one was...wrong, just wrong. A few hours later, when Rafferty vanished, Wilcox and his fellow troopers knew the car was worse than dangerous -- and that it would be better if John Q. Public never found out about it.

Curt's avid curiosity taking the lead, they investigated as best they could, as much as they dared. Over the years the troop absorbed the mystery as part of the background to their work, the Buick 8 sitting out there like a still life painting that breathes -- inhaling a little bit of this world, exhaling a little bit of whatever world it came from.
In the fall of 2001, a few months after Curt Wilcox is killed in a gruesome auto accident, his 18-year-old boy Ned starts coming by the barracks, mowing the lawn, washing windows, shoveling snow. Sandy Dearborn, Sergeant Commanding, knows it's the boy's way of holding onto his father, and Ned is allowed to become part of the Troop D family. One day he looks in the window of Shed B and discovers the family secret. Like his father, Ned wants answers, and the secret begins to stir, not only in the minds and hearts of the veteran troopers who surround him, but in Shed B as well....

From a Buick 8 is a novel about our fascination with deadly things, about our insistence on answers when there are none, about terror and courage in the face of the unknowable.
... [Full Description]