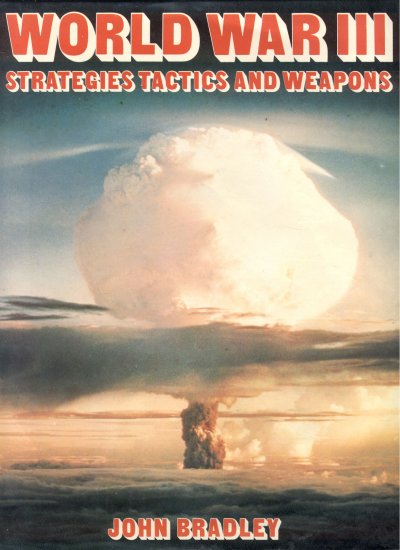 WORLD WAR III: STRATEGIES, TACTICS AND WEAPONS is a painstaking reconstruction of the international scene since World War II. It examines the volatile and confusing nature of American-Soviet relations from the Berlin airlift, the Cuban missile crisis through détente to the Soviet invasion of Afghanistan. It pinpoints three potential areas of crisis in the world: Poland, Yugoslavia, and Iran.

WORLD WAR III assesses the relative strengths of both armed camps: the United States and its NATO allies against the Soviet Union and its Warsaw Pact allies. The concluding scenario for World War 3 is a spine-chilling acute interpretation of what might happen if the present tensions in international relations worsen. The speculative account of a nuclear holocaust in the 1980s provides a lesson we cannot ignore. WORLD WAR III should be read by all those who care about our future and that of our children.

Illustrated with more than 300 COLOR and B/W Photographs, Maps, Charts and Diagrams specially selected and commissioned from the following international sources:
The Pentagon in Washington DC, The North Atlantic Treaty Organization headquarters in Brussels, N.A.T.O. headquarters Southern Command in Naples Italy, The French Ministere de la Defense in Paris, The Ministry of Defence London, and TASS.

A MUST for anyone interested in Military Warfare, History, Weapons, Strategy, World Peace, Turbulent International Policy, and MORE!

Buyer pays $6.05 Shipping in Continental U.S. **Payment must be received within 10 days of the end of the auction, unless other arrangements are made. Checks held till clear. Money Orders & Paypal Payments shipped on receipt. Buyer Must Request Insurance at Additional Expense for $1.40 for up to $50. IL residents Must add 7.25% sales tax.