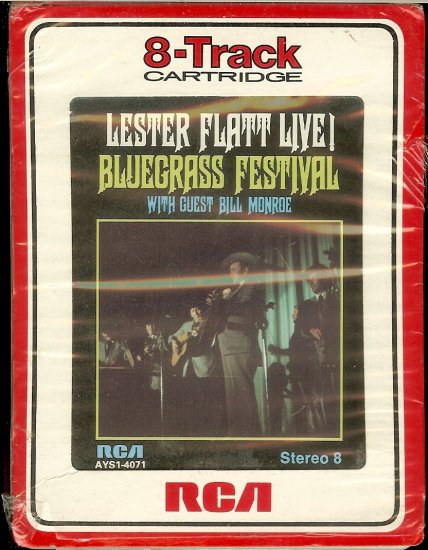 Tweet
Flatt was born in Duncan's Chapel, Overton County, Tennessee to Nannie Mae Haney and Isaac Columbus Flatt. A singer and guitarist, he first came to prominence as a member of Bill Monroe's Blue Grass Boys in 1945. In 1948 he started a band with fellow Monroe alumnus Earl Scruggs, and for the next twenty years Flatt and Scruggs and the Foggy Mountain Boys were one of the most successful bands in bluegrass. When they parted ways in 1969, Flatt formed a new group, the Nashville Grass, hiring most of the Foggy Mountain Boys. His role as lead singer and rhythm guitar player in each of these seminal ensembles helped define the sound of traditional bluegrass music. He created a role in the Bluegrass Boys later filled by the likes of Jimmy Martin, Mac Wiseman, Peter Rowan and Del McCoury. His rich lead voice is unmistakable in hundreds of bluegrass standards.


Lester Flatt memorial in Sparta, TennesseeHe is also remembered for his library of compositions. The Flatt songbook looms titanic for any student of American acoustic music. He continued to record and perform with that group until his death in 1979 of heart failure, after a prolonged period of ill health. Flatt was posthumously inducted into the Country Music Hall of Fame in 1985 with Scruggs. He was posthumously made an inaugural inductee into the International Bluegrass Music Hall of Honor in 1991. His hometown of Sparta, Tennessee held a bluegrass festival in his honor for a number of years, before being discontinued a few years prior to the death of the traditional host, resident Everette Paul England; Lester Flatt Memorial Bluegrass Day is part of the annual Liberty Square Celebration held in Sparta.[1]

Flatt and Scruggs were ranked #24 on CMT's 40 Greatest Men of Country Music in 2003. They performed "The Ballad of Jed Clampett", which was used as the theme for the television show The Beverly Hillbillies.