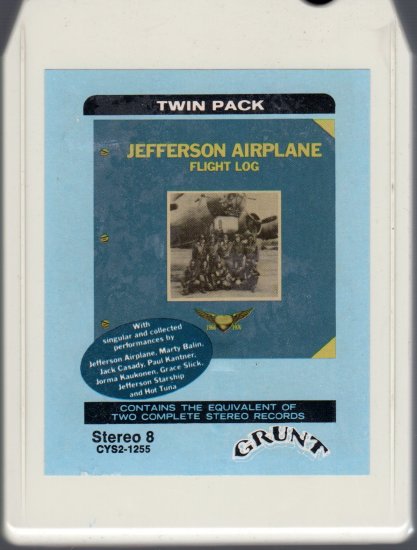 Tweet
an American rock band formed in San Francisco CA in 1965. A pioneer of the psychedelic rock movement, Jefferson Airplane was the first band from the San Francisco scene to achieve mainstream commercial and critical success.

Throughout the late 1960s, Jefferson Airplane was one of the most sought-after and highly-paid concert acts in the world and they are also notable as the only band to have performed at all three of the most famous American rock festivals of the 1960s — Monterey (1967), Woodstock (1969) and Altamont (1969). Their recordings were internationally successful and sold in great quantities, and they scored two US Top 10 hit singles and a string of Top 20 albums. Their 1967 record Surrealistic Pillow is still widely regarded as one of the key recordings of the so-called Summer of Love period and brought the group international recognition (as well as two chart hits: "Somebody to Love" and "White Rabbit" both of which are listed in Rolling Stone's "500 Greatest Songs of All Time").

Successor bands to Jefferson Airplane include Jefferson Starship and Starship while spinoffs include Hot Tuna and KBC Band. Jefferson Airplane was inducted into the Rock and Roll Hall of Fame in 1996. Comes with splice, pads and a 7 day money-back guarantee.
... [Full Description]