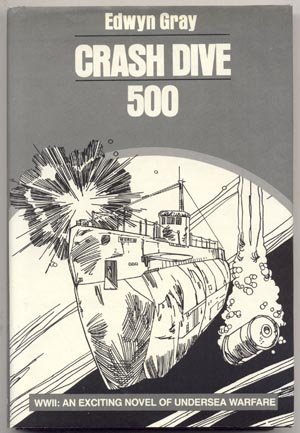 Veteran submariner Lieutenant commander Hamilton is less than pleased when ordered to take a routine training assignment. After his success with several special operations he has acquired a reputation as a talented leader with an annoying tendency to play by his own rules. And despite his stunning achievements against bad odds in the Far East (DIVING STATIONS), it seems the British admiralty wishes to put a temporary lid on Hamilton's flourishing career.

Upon assuming command of a novice crew in British waters, the seasoned commander is stunned by the difference between his former squad of old hands and the raw recruits who now haphazardly man the controls of the submarine Rapier. Worst of all, the men fail miserably when measured against the strict standards of Commodore Stephenson, the terror of Tobermory. Hamilton begins to wonder how much worse things can get. Plenty. What appears at first to be a humdrum exercise off the shores of Scotland becomes a life-and-death struggle. Then new orders place the crew of the Rapier in an even more precarious position. They are to playa vital role in a mission dangerous even by the risky standards of the underwater service.

A secret meeting of the best officers in the various branches of the military reveals to Hamilton the key role he is to play in operation Tenfold. His submarine mission will be the most hazardous of the war. With a handful of rookie mates he'll rise to the challenge, or die trying.


Buyer pays Shipping. **Payment must be received within 10 days of the end of the auction, unless other arrangements are made. Checks held till clear. Money Orders & Paypal Payments shipped on receipt. Buyer Must Request Insurance at Additional Expense. IL residents Must add Sales Tax.