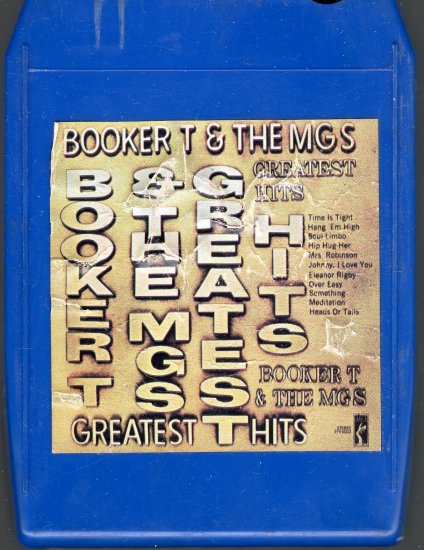 Tweet
Booker T. & the M.G.'s are an instrumental R&B band that was influential in shaping the sound of Southern Soul and Memphis Soul. In the 1960s, as members of the house band of Stax Records, they played on hundreds of recordings by artists such as Wilson Pickett, Otis Redding, Sam & Dave, Carla and Rufus Thomas and Johnnie Taylor. They also released instrumental records under their own name, such as the 1962 hit single "Green Onions".[1] As originators of the unique Stax sound, the group was one of the most prolific, respected, and imitated of their era. By the mid-1960s, bands on both sides of the Atlantic were trying to sound like Booker T. & the M.G.'s.[2][3]

Original members of the group were Booker T. Jones (organ, piano), Steve Cropper (guitar), Lewie Steinberg (bass), and Al Jackson, Jr. (drums). In 1965 Steinberg was replaced by Donald "Duck" Dunn, who has played with the group ever since. Al Jackson, Jr. was murdered in 1975, since then the trio of Dunn, Cropper and Jones have reunited on numerous occasions using various drummers, including Willie Hall, Anton Fig, Steve Jordan and Steve Potts.[4]

Having two white members (Cropper and Dunn), Booker T. & the M.G.'s were unusual in being racially integrated, at a time when Soul music, and the Memphis music scene in particular, were generally considered the preserve of black culture. Comes with splice, pads and 7 day money-back guarantee.
... [Full Description]