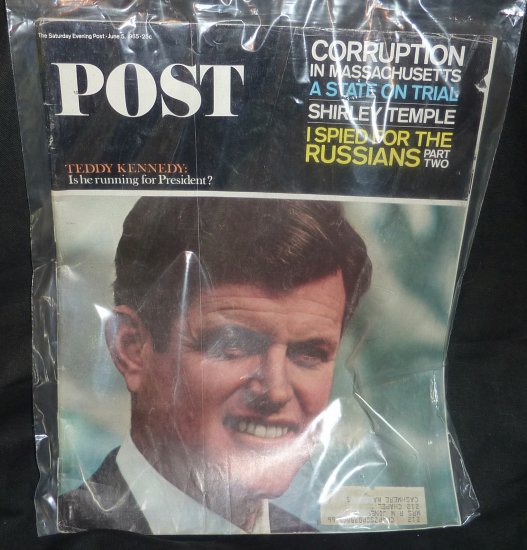 COVER: TEDDY KENNEDY: Is he running for President? Cover photograph by TED POLUMBAUM.

DEPARTMENTS: Letters; Hazel; America, America; Editorials; Post scripts. ABOUT THIS ISSUE:
To uncover the complicated story of political maneuvering in Massachusetts, EDWARD H. F. SHEEHAN spent six months interviewing every leading political figure in the state, as well as many of the more obscure members of the legislature, and poring over innumerable volumes of state records. But despite the state's history of corruption, Sheehan finds the picture not altogether gloomy. "Massachusetts may have a poor reputation now," he says, "but tremendous improvements are being made, and I think the state has a marvelous future." A native of Boston and a graduate of Boston College, Sheehan is a former foreign correspondent and was a press attaché at American embassies in Cairo and Beirut. He is author of Kingdom of Illusion, a novel pubtished by Random House, and is now at work on a novel about Massachusetts politics.... DANIEL P. MANNIX, who tells about HORSES IN THE LIVING ROOM, has written extensively about animals and is author of the book All Creatures Great and Small.

Excellent Condition for the age