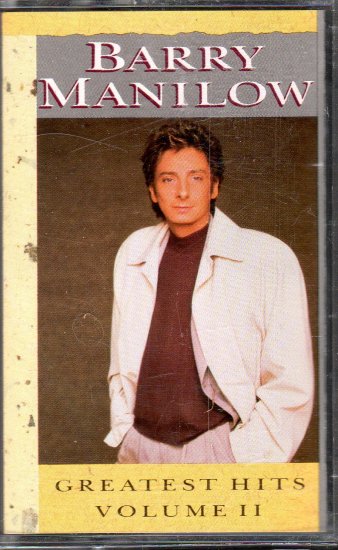 Tweet
Greatest Hits Vol. II is the thirteenth album released by singer-songwriter Barry Manilow. The album was mostly compilation, with the exception of three new tracks: "You're Looking Hot Tonight", "Put a Quarter in the Jukebox" and "Read 'Em and Weep" (a #18 U.S. hit and also a cover of the Meat Loaf hit of the same name, albeit with an altered second verse and instrumental arrangement). The album reached gold, the first album by Manilow that did not reach platinum since his self titled debut album. It was released in 1983.