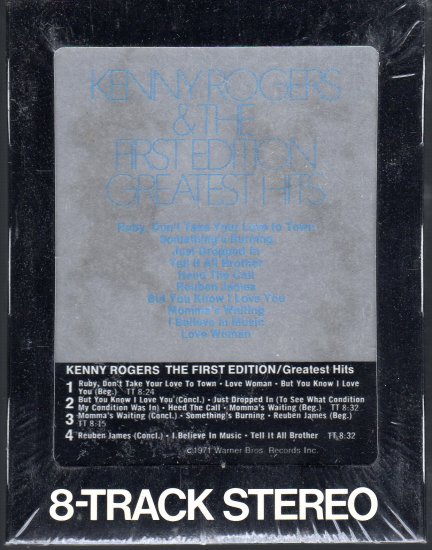 The First Edition signed with Reprise Records in the summer of 1967 and first hit big in early 1968 with the pop-psychedelic single "Just Dropped In (To See What Condition My Condition Was In)" (US #5). After several hits and misses the group (now billed as "Kenny Rogers and the First Edition") once again hit the top ten in the summer of 1969 with the topical "Ruby, Don't Take Your Love To Town" (US #6, UK#2).

For the next six years, the First Edition bounced between country, pop and mild psychedelia, enjoying worldwide success.