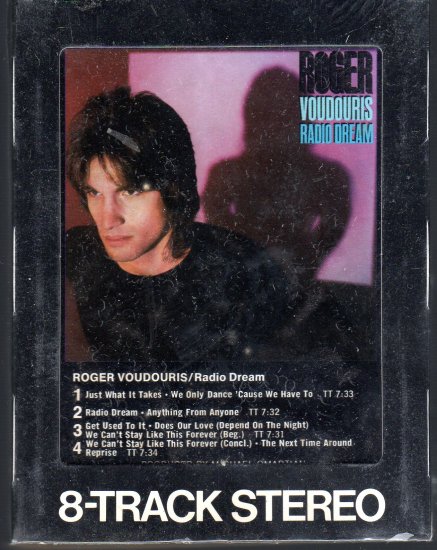 Voudouris was born in Sacramento, California and formed Roger Voudouris Loud as Hell Rockers while still in high school. That band would later enjoy small success while performing as an opening act for The Doobie Brothers, Stephen Stills and John Mayall.

His first solo album was the self titled Roger Voudouris released in 1978 which received little interest from radio or other media. However, Voudouris' second album Radio Dream contained the pop smash hit "Get Used To It" which became one of the highest selling singles in the U.S. for 1979, peaking at #21 on the Billboard Hot 100.

Radio Dream was followed a year later with the 1980 A Guy Like Me album and later by the 1981 album On The Heels Of Love. While A Guy Like Me and On the Heels of Love did not achieve the success of his previous album, Voudouris did achieve quite a large amount of success in Japan where his musical style was very popular. He also became a small cult-figure in Australia after appearing on the popular music television program "Countdown" in August 1979. In his appearance on the show he wore a figure hugging white outfit while miming "Get Used To It" into a wind machine, which made his long hair flow. This led to his brief status as a sex symbol in that country.

After the decline of his solo career Voudouris returned to writing music and lyrics for various projects including the movie The Lonely Lady starring Pia Zadora, and a documentary on the life of Elvis Presley.

Voudouris died in 2003 after suffering from liver disease for some time. He was survived by three children, his former wife, and his then-wife, Jennifer (from whom he was separated).