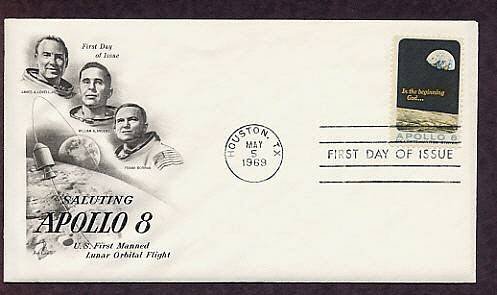 On Christmas Eve 1968 the Apollo 8 crew,
Frank Borman, James A. Lovell Jr, and William A. Anders gave the world a gift by transmitting a picture of the earth viewed from their
unique perspective, released by NASA. While in their lunar orbit, they recited from the Bible, Book of Genesis. This moment was forever captured on this commemorative stamp.Ideal for Framing,