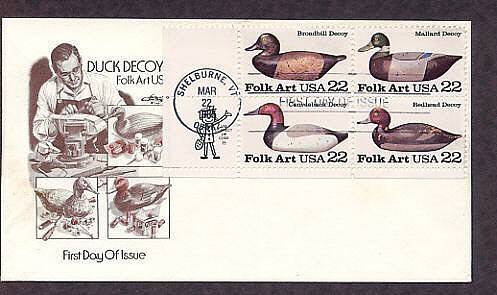 Broadbill Decoy, Carved by Ben Holms of Stratford, Connecticut in 1890,