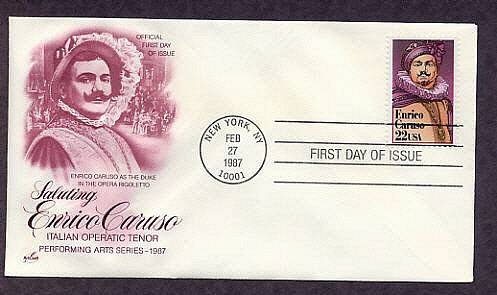 First Day of Issue Cover, FDC, ArtCraft Engraving Cachet with Enrico Caruso as the Duke in the Opera Rigoletto, Unaddressed, Ideal for Framing,

The extraordinary power of his voice, combined with his acting ability, won him worldwide recognition.

Made in the USA.