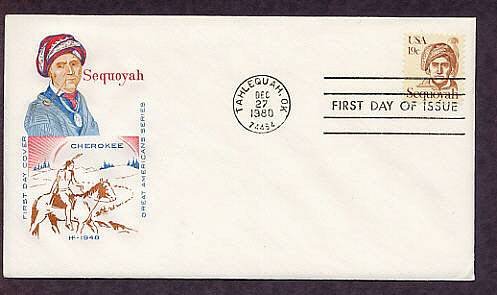 Inventor of the Cherokee Alphabet,

The giant sequoia trees and Sequoia National Park in California are named after him.