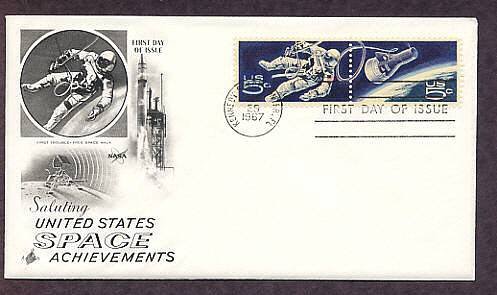 The 5-cent twin stamps saluting the Nation's accomplishments in space were first placed on sale September 29, 1967 at Kennedy Space Center, Florida. These were the first twin stamps the United States ever produced.

Paul Calle, a Stamford, Connecticut artist, produced the design which depicts the space walk that was successfully accomplished during Project Gemini.