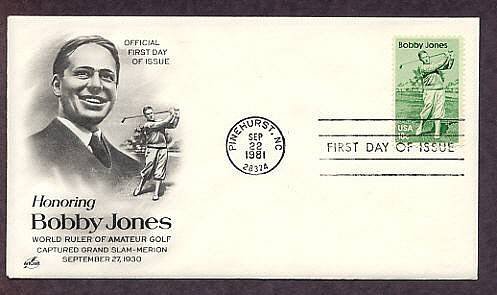 Bobby Jones along with Alister McKenzie designed the Augusta National golf course and started The Masters golf tournament held at Augusta each year.