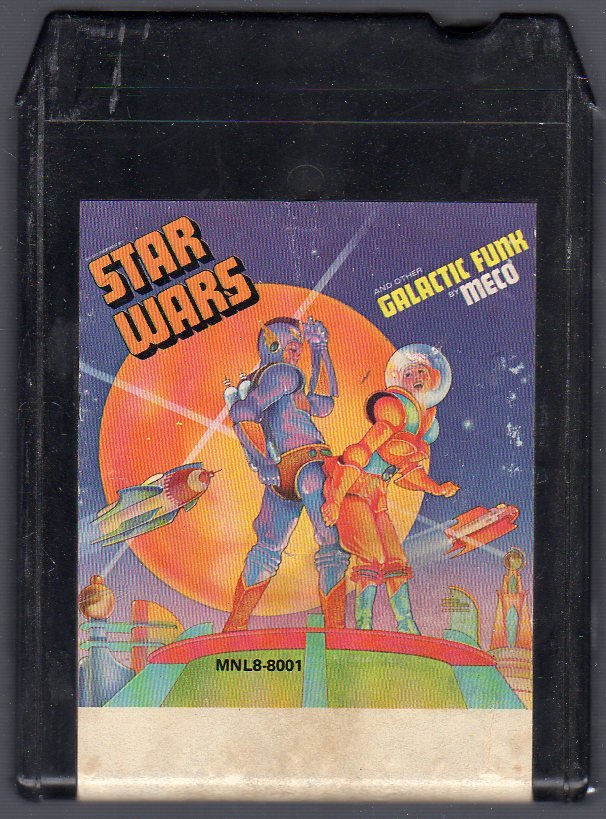 Tweet
Star Wars and Other Galactic Funk is a disco album by Meco released in 1977. The album remakes various themes and songs from the Star Wars soundtrack into disco tunes. A single from the album entitled "Star Wars Theme/Cantina Band" was released, and hit number one on the Billboard Hot 100 on October 1, 1977, holding on to the spot for two weeks. In addition to the normal 3:32 version the album contains a full 15-minute version of the tune.


Comes with foil splice, pads and a 7-day money back guarantee from 8tracksRBack.
... [Full Description]