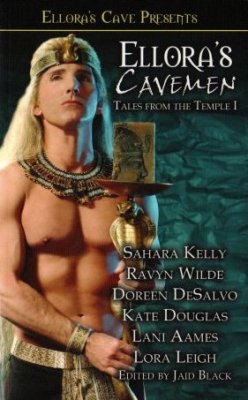 Science has proven that Werewolves have but one genetic breeding mate. Their mate can be another Werewolf, a human female or possibly a warm-blooded Other. Male Weres can only detect their mate's scent during the full moon, so females of all warm-blooded species who don't want to be claimed make a habit of locking themselves in "safe rooms" so their scents can't be detected. For all of her 38 years, geneticist Eve Longtree, an independent human female through and through, has never forgotten to lock herself into her safe room during Lupine moon. Until now.

At His Mercy By Doreen DeSalvo

Faith Hartley is a researcher in the field of metaphysics. She's also a psychic. She desperately needs Jake McIntyre's approval for grant funds in order to continue conducting research at the university. Jake, a university board member and skeptical to the bone of psychic "charlatans", is ruthlessly determined that Faith won't get that grant money. He wants her to prove her psychic abilities before he'll even consider it. He wants Faith to read his mind, and he arrogantly believes she cannot. Faith can read his mind, all right. But the idea of admitting what Jake is thinking aloud is a bit unsettling. He's thinking of Faith. In wicked ways that would make even a Lady of the Evening gasp in shock.

Bryony believes her captive is the sex slave trader responsible for her sister's death. Holding him prisoner, she sexually "tortures" him for hours, getting him harder than steel but allowing him no release.

Innocent of her charges and obsessed with Bryony, Jake hunts her down. Two years later he captures his prey. And payback is a bitch.

Joshua is everything a woman dreams of: gorgeous, sexy, and built with a body made for sin (and giving multiple O's). The problem is Joshua is a virtual reality computer program. He isn't real…or is he?

All Kelsey Locke wanted to do was get away for the weekend. She was sick to death of her ex-boyfriend and his irritating attempts to remain in her life. When a friend offered Kelsey the use of her secluded cabin for respite, she jumped at the offer. Kelsey was expecting snow, forest scenery, solitude to get some work done without interruptions, and not much else. Little does Kelsey know, someone - or something - is watching her. And his need to mate is strong.

Determined to make Venus habitable for humans, a spaceship of scientists heads to the veiled planet to work. An unexpected crash separates the crew, leaving Amelia alone with Mike and Saber. Strange things are happening in the biosphere, a primal, primitive phenomenon that affects not only Venus' organisms, but its three human inhabitants, too. The need to mate, to be impregnated, overwhelms Amelia, and the desire to be the one who impregnates her overpowers both men. Mike. Saber. Two hot-blooded males in their prime. But just like with any other species of animal, only one man can be the alpha male.

Title: Ellora's Cavemen Tales From The Temple I