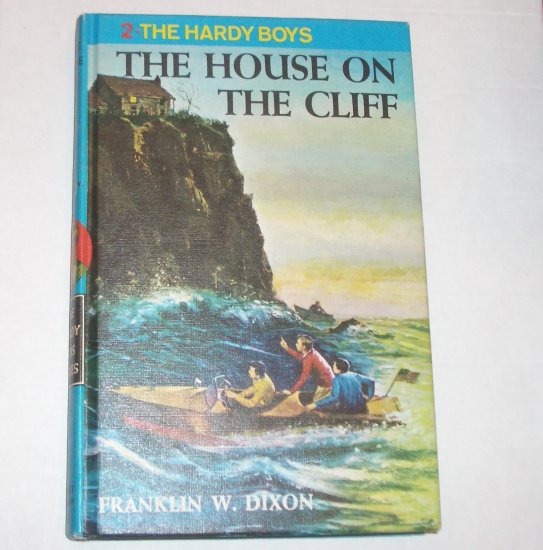 Tweet
Fenton Hardy, the famous private detective and father of the Hardy Boys, asks his sons to help him with his latest case involving a criminal named Snattman and the smuggling of stolen drugs. Mr. Hardy directs Frank and Joe to the house on the cliff, whose location near Barmet Bay offers an excellent vantage point to watch for smugglers. The Hardys are tricked into the house by cries for help, and are trapped for a short time in the attic. Meanwhile their telescope and motorcycles are damaged, possibly by the smugglers. On the way home they observe a man boating on Barmet Bay being chased by another motorboat. After his boat explodes in flames Frank and Joe swim out to rescue the man. Once brought to shore and resuscitated he says his name is Mr. Jones, which the Hardys believe to be a thinly veiled alias. The next day both Mr. Hardy and Mr. Jones disappear. Frank and Joe seek out Mr. Hardy's informant at the docks, Pretzel Pete, to see if he knows anything about the smugglers. Frank and Joe revisit the Shore Road area, and inside house not far from the house on the cliff, Frank sees Mr. Hardy's hat. With their friends Chet Morton, Biff Hooper and Tony Prito, they use a boat to search for a secret tunnel at the base of the cliff. Frank and Joe try to rescue Mr. Hardy but they are also captured at gunpoint. Chet and Biff go to the United States Coast Guard and lead them to the smuggler's secret cave. It turns out that Mr. Jones was a spy working for the Coast Guard. At the end the Hardys escape into the house on the cliff, and capture Snattman while he is negotiating with police. Snattman repents and says he will turn the house on the cliff into a Boys Home. The book ends with the Hardy's hoping another mystery would start and "one did and by learning The Secret of the Old Mill the Hardy boys encountered a cunning gang of counterfeiters."

This hardcover book is in very good condition with faint corner wear.

Thank you for visiting Andrea's Second Chance Romance, where we love books as much as you do! Please browse our books by copying the link to our store at www.AndreasSecondChanceRomance.ecrater.com.
... [Full Description]