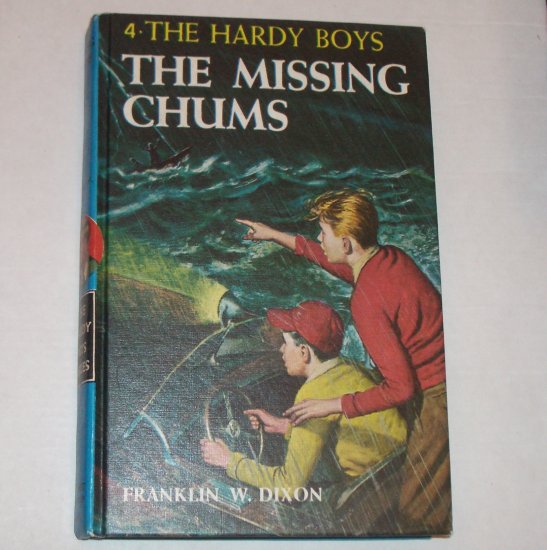 Tweet
Something is amiss in Bayport, the Hardy boys home town. First there is trouble in Shantytown, then a strange black craft tries to ram Joe and Frank's boat, the Sleuth. That night the local bank is robbed, And later that same night the young detectives' pals, Chet Morton and Biff Hooper mysteriously disappear after a masquerade party.

Are the events related? And do they emanate from Shantytown-or from Hermit Island, an isolated land mass inhabited for many years by a strange recluse? Is it significant that both of the missing boys and the bank robbers wore masquerade masks? Or is it more important hat Chet was wearing a costume identical to Franks?

One by One, Frank and Joe tackle the clues, hardly daring to think what might have happened to their missing friends. But it is not until the two brothers confront the kidnappers that the overall pattern begins to emerge. The kidnappers ruthlessly plan to force Frank and Joe's famous detective into choosing between justice and his sons!

How the Hardy boys use all their courage and skill to outwit the criminals provides an exciting climax to one of the most baffling mysteries the young detectives have ever encountered.

This hardcover book is in like-new condition.

Thank you for visiting Andrea's Second Chance Romance, where we love books as much as you do! Please browse our books by copying the link to our store at www.AndreasSecondChanceRomance.ecrater.com.
... [Full Description]