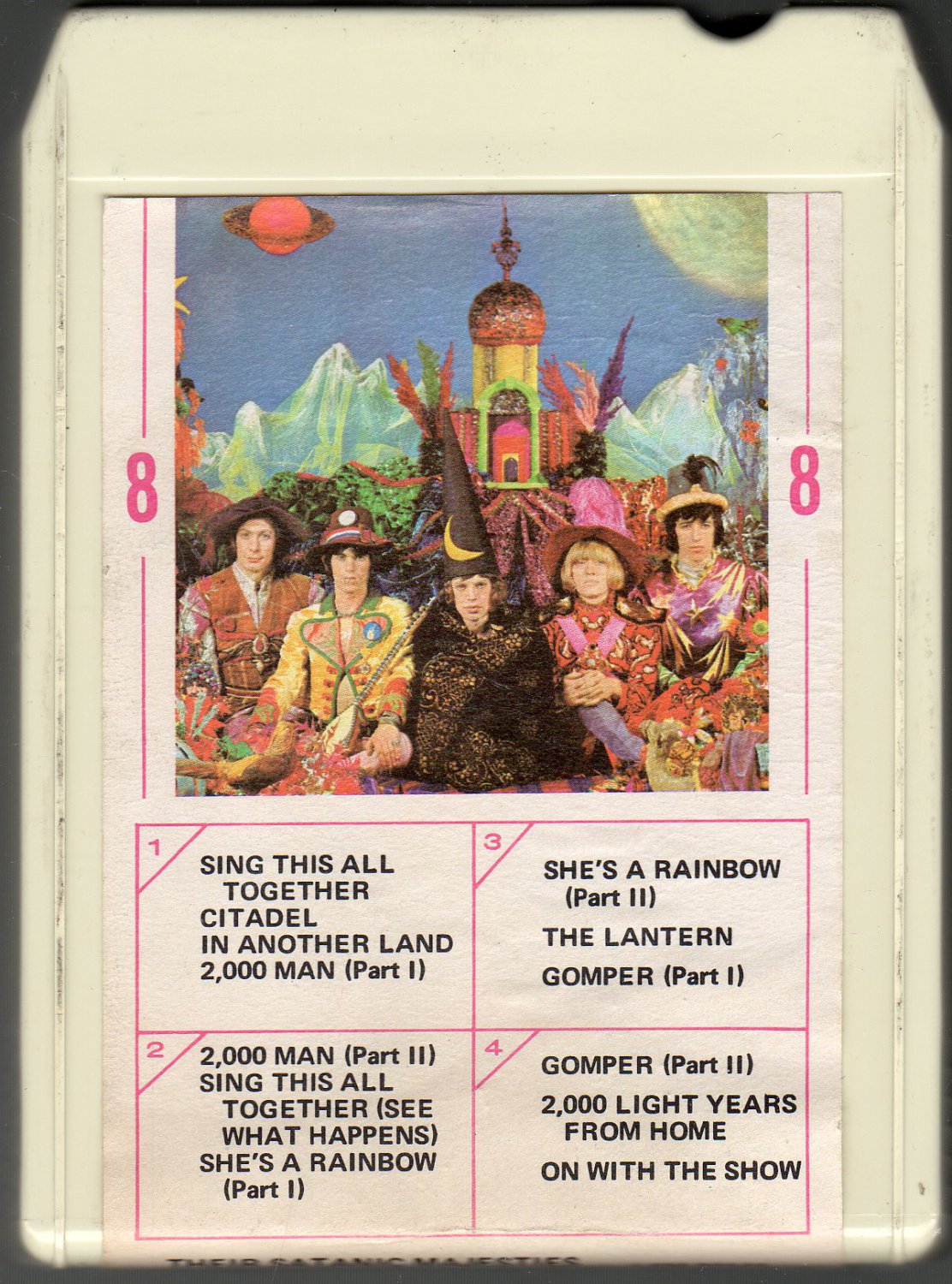 Tweet
Their Satanic Majesties Request is the sixth British and eighth American studio album by The Rolling Stones, released on 8 December 1967 by Decca Records in the UK and the following day in the US by London Records. Its title is a play on the "Her Britannic Majesty requests and requires..." text that appears inside a British passport.

Upon its initial release, the album "drew mixed reviews from the critics as well as some mixed reactions within the group itself."

Jones initially led the band, but Jagger and Richards assumed band leadership after becoming prolific hit songwriters and after Jones became increasingly erratic. In 1969 Mick Taylor joined the band on guitar shortly before Jones' untimely death. Since Taylor quit in 1974, guitarist Ronnie Wood has been with the band. Stewart was taken from the official lineup in 1963 to continue as the band's road manager and occasional keyboardist until his death in 1985. Wyman left in 1990 and was replaced by Darryl Jones as the primary bassist.

The Rolling Stones were first popular in Europe and became popular in North America during the British Invasion of the early 1960s. The Rolling Stones have released 22 studio albums in the United Kingdom (24 in the United States), eight concert albums (nine in the US) and numerous compilations; and have album sales estimated at more than 200 million worldwide. Sticky Fingers (1971) began a string of eight consecutive studio albums reaching number one in the United States. Their latest album, A Bigger Bang, was released in 2005. In 1989 the Rolling Stones were inducted into the Rock and Roll Hall of Fame, and in 2004 they ranked number 4 in Rolling Stone magazine's 100 Greatest Artists of All Time. In 2008, Billboard magazine ranked the Rolling Stones at number ten on "The Billboard Hot 100 Top All-Time Artists", and as the second most successful group in the Billboard Hot 100 chart.

After signing to Decca Records in 1963, the band changed their name from "The Rollin' Stones" to "The Rolling Stones". Band members and others often refer to the band as "The Stones".