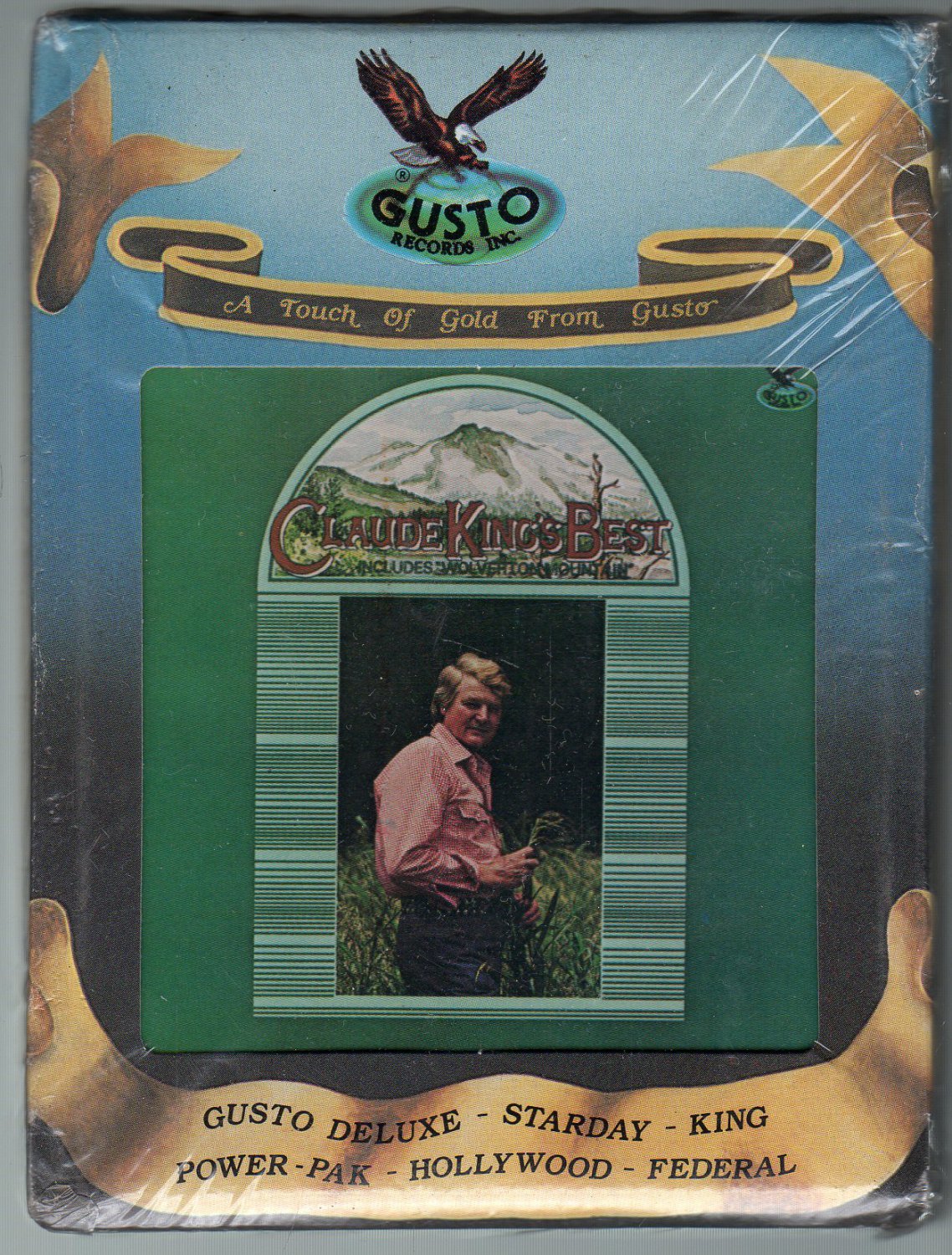 King was born in Keithville in southern Caddo Parish south of Shreveport in northwestern Louisiana. At a young age, he was interested in music but also in athletics and the outdoors. He purchased a guitar at the age of twelve, and although he learned to play, most of his time was devoted to sports. He received a baseball scholarship to the University of Idaho at Moscow, Idaho.

King formed a band with his friends Buddy Attaway and Tillman Franks called the Rainbow Boys. The trio played around Shreveport in their spare time while working an assortment of other jobs. He joined the Louisiana Hayride, a television and radio show produced at the Shreveport Municipal Auditorium and broadcast throughout the United States and in the United Kingdom. King was frequently on the same programs with Elvis Presley, Tex Ritter, Johnny Cash, Hank Williams, Webb Pierce, Kitty Wells, Jimmie Davis, Slim Whitman, Faron Young, Johnny Horton, Jim Reeves, George Jones, and Lefty Frizzell.

King recorded a few songs for Gotham Records though none was successful. In 1961, he became more serious about a musical career and signed with the Nashville division of Columbia Records. He struck immediately, cutting "Big River, Big Man," both a country top 10 and a small pop crossover success. He soon followed with "The Comancheros" inspired by the John Wayne film of the same name It was a top 10 country hit in late 1961 and crossed over into the popular chart.

King released his best-known recording in the spring of 1962. "Wolverton Mountain," written with Nashville veteran Merle Kilgore, is based on a real character, Clifton Clowers, an uncle of Kilgore's who lived on Wolverton Mountain north of Morrilton, Arkansas. King and Kilgore agree that the original composition of the song lacked polish and that King eventually shaped the song into the hit that it became. According to long-time King guitarist, Robin Vosbury, Merle Kilgore came to numerous shows and asked everybody to call him "Uncle Clifton." The song became an immediate hit. For nine weeks beginning on June 30, 1962, it ranked No. 1 the on Billboard country chart, on which it remained for a total of twenty-six weeks. It was also a Top 10 in the Billboard Hot 100. Having sold more than one million copies, it was awarded gold disc status.

King followed up with a song about the 1864 battle of Atlanta in the American Civil War. "The Burning Of Atlanta" also reached the Top 10 on the country chart and made the pop chart. In late 1962, King recorded "I've Got The World By The Tail," which narrowly missed the country Top 10.

In 1963, King scored three country hits with "Sheepskin Valley," "Building a Bridge," and "Hey Lucille!" The hits continued in 1964 with "Sam Hill," and in 1965 he was back in the Top 10 with "Tiger Woman," co-written with Merle Kilgore. King did well that year with "Little Buddy." His smooth style continued to find favor throughout the decade, especially songs like "Catch a Little Raindrop" and the Top 10 hit, "All for the Love of A Girl" in 1969. His singles continued to make the country charts through 1972. He left the label in 1973 after twenty-nine hits.

Besides a career recording and touring, King performed as an actor in several movies. Along with his great-nephew, Chris Aable, King is among the few actors who are members in both the Screen Actors Guild and the American Society of Composers, Authors and Publishers. King had roles in several feature films.

King was a part of the "The Magic Circle” which was a description of the ArkLaTex area coined by his long time friend Tillman Franks, described as: "an area 50-miles in radius from downtown Shreveport. All kinds of music evolved from this Magic Circle.”

King died suddenly at his home in Shreveport on March 7, 2013, at the age of ninety. He is survived by his wife, the former Barbara Coco; three sons, Daune Coco King, Bradley T. King, and Jerome Jay King; along with one niece and three nephews, Barbara Watson, Joseph Brown, Mark Brown, and Chris Aable. He and his wife, Barbara, had just celebrated their 67th wedding anniversary a month prior to his death.

Services were held on March 13, 2013, at the Centuries Funeral Home Chapel in Shreveport, with the Reverends William D. "Billy" Franks and Tim Maloy officiating. Interment followed at Centuries Memorial Park. Reverend Franks (born 1925) is the younger brother of Tillman Franks and the retired founding pastor of the Oakmont Church of God in the Cedar Grove section of Shreveport. He also preached the funeral of Johnny Horton in November 1960.