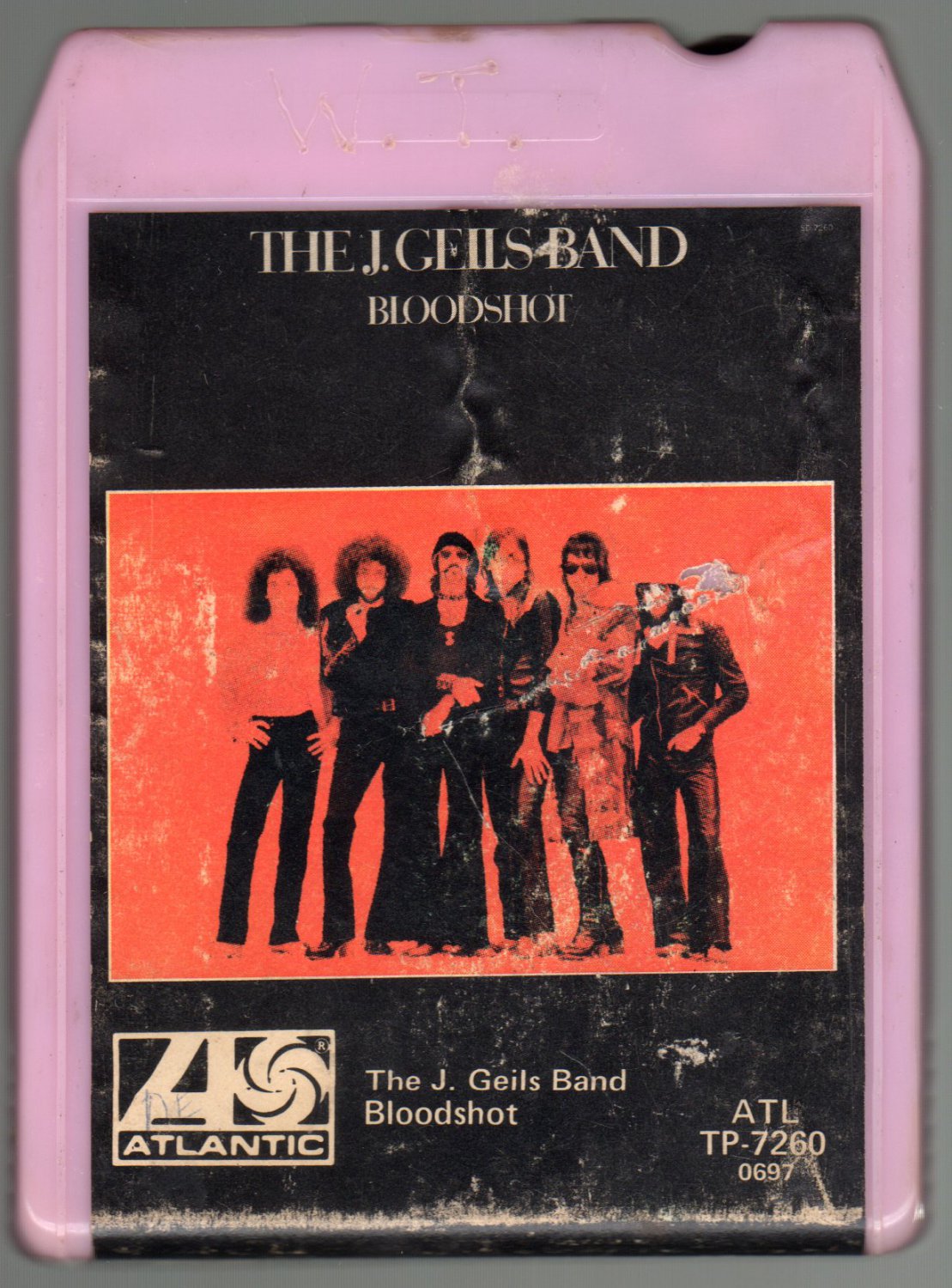 Tweet
Bloodshot is the fourth album by American rock band The J. Geils Band, released in 1973. It was the breakthrough release for the band, reaching #10 on the Billboard album charts in North America - a peak that the band would not surpass until their 1981 multi-platinum album Freeze Frame.

Original pressings of Bloodshot were issued using red vinyl instead of the customary black, and utilized matching red 1950's style Atlantic Records labels. The band would continue to use these vintage-style Atlantic labels, in different colors with each album release, throughout their remaining tenure with the label.

The J. Geils Band (English pronunciation: /ˌdʒeɪ ˈɡaɪlz/) is an American rock band formed in 1967 in Worcester, Massachusetts best known for their 1981 single, "Centerfold" which charted #1 in the U.S. in early 1982. The band played R&B-influenced blues-rock in the 1970s before moving towards a more pop-influenced sound in the 1980s. Since their initial break-up in 1985, the band has reunited several times.