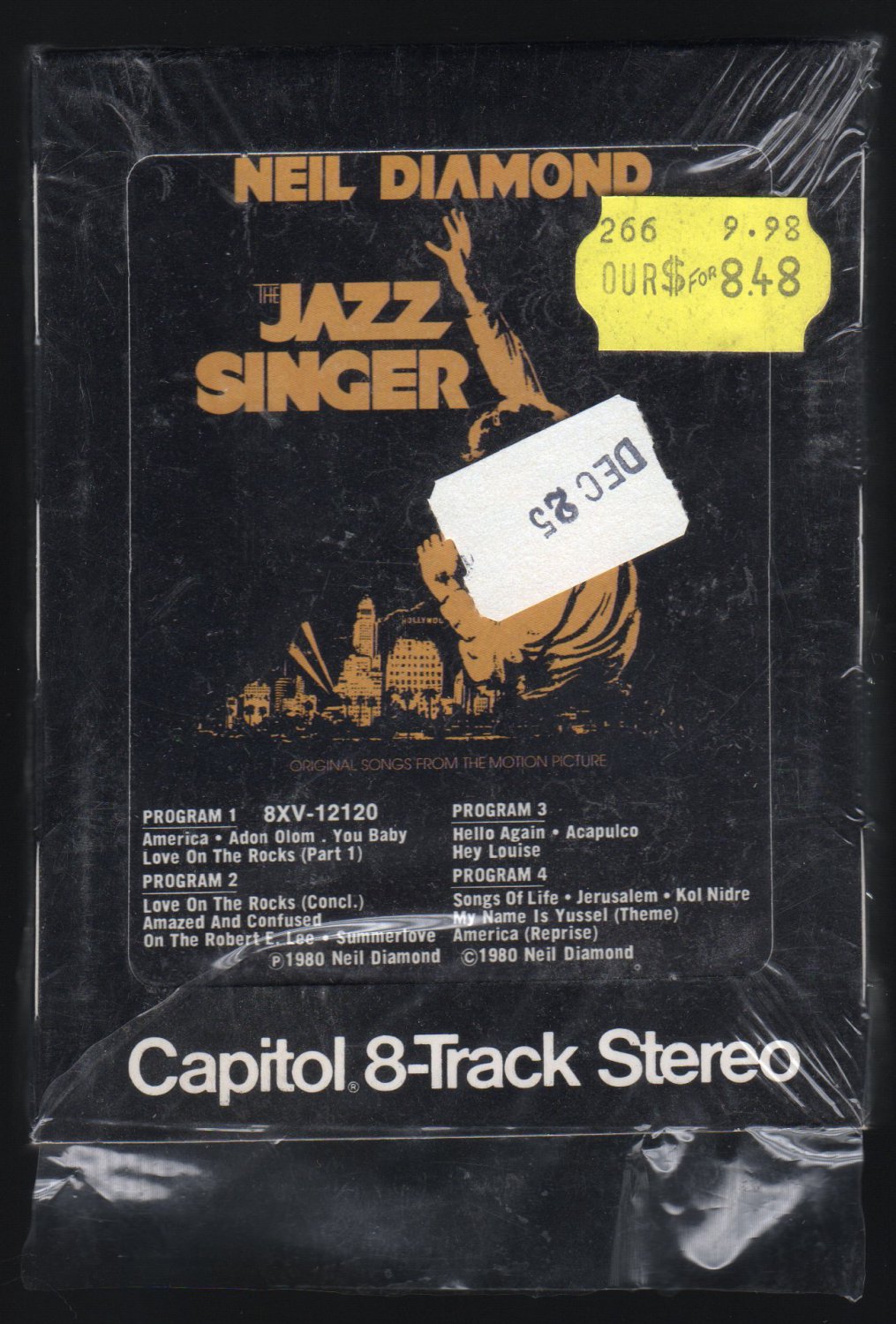 Tweet
The Jazz Singer is a 1980 American musical remake of the 1927 classic The Jazz Singer. It starred Neil Diamond, Sir Laurence Olivier, and Lucie Arnaz and was co-directed by Richard Fleischer and Sidney J. Furie.

The film received mixed reviews and is often considered a flop ($27 million in grosses), even though it made more money at the box office than other contemporary films which became eventual Academy Award nominees such as Raging Bull ($22 million), The Elephant Man, American Gigolo or Tess. Diamond earned a nomination for a Golden Globe Award for Best Actor although he was given the Razzie Award for Worst Actor. The soundtrack was enormously successful, eventually reaching multi-platinum status and becoming Diamond's most successful album to date. It resulted in three hit songs, "America", "Love on the Rocks" and "Hello Again".

For a number of years, the video rights in the United Kingdom were owned by Warner Bros. (under license from EMI film library holder StudioCanal). WB had produced the original 1927 version, as well as the 1952 remake. The US rights to the film are now held by Diamond's company, ArchAngel Television, with Starz Home Entertainment handling DVD distribution.