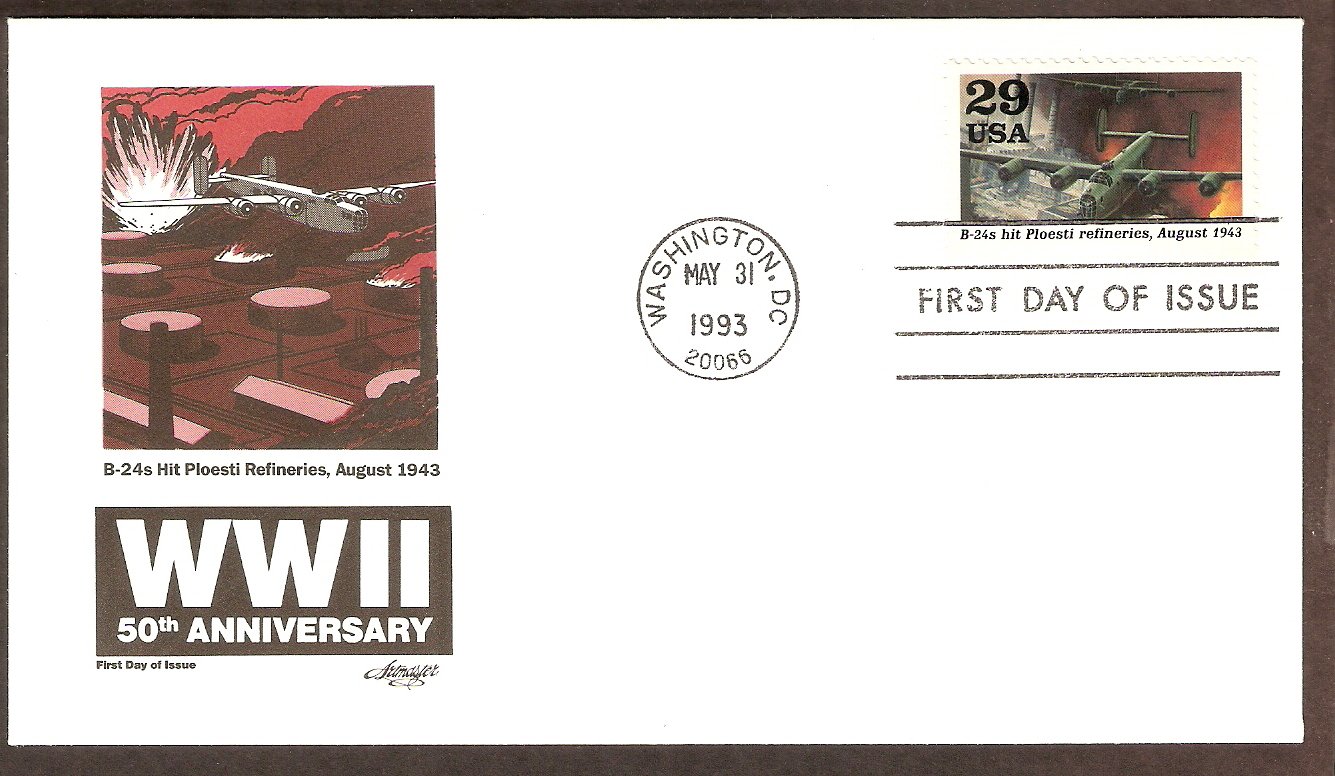 While Allied and Axis forces were battling in Sicily, the USAAF staged one of the war's most daring heavy bomber raids. The target was the Ploesti oil fields in Rumania, estimated to be supplying 60 percent of Germany's crude oil requirements.