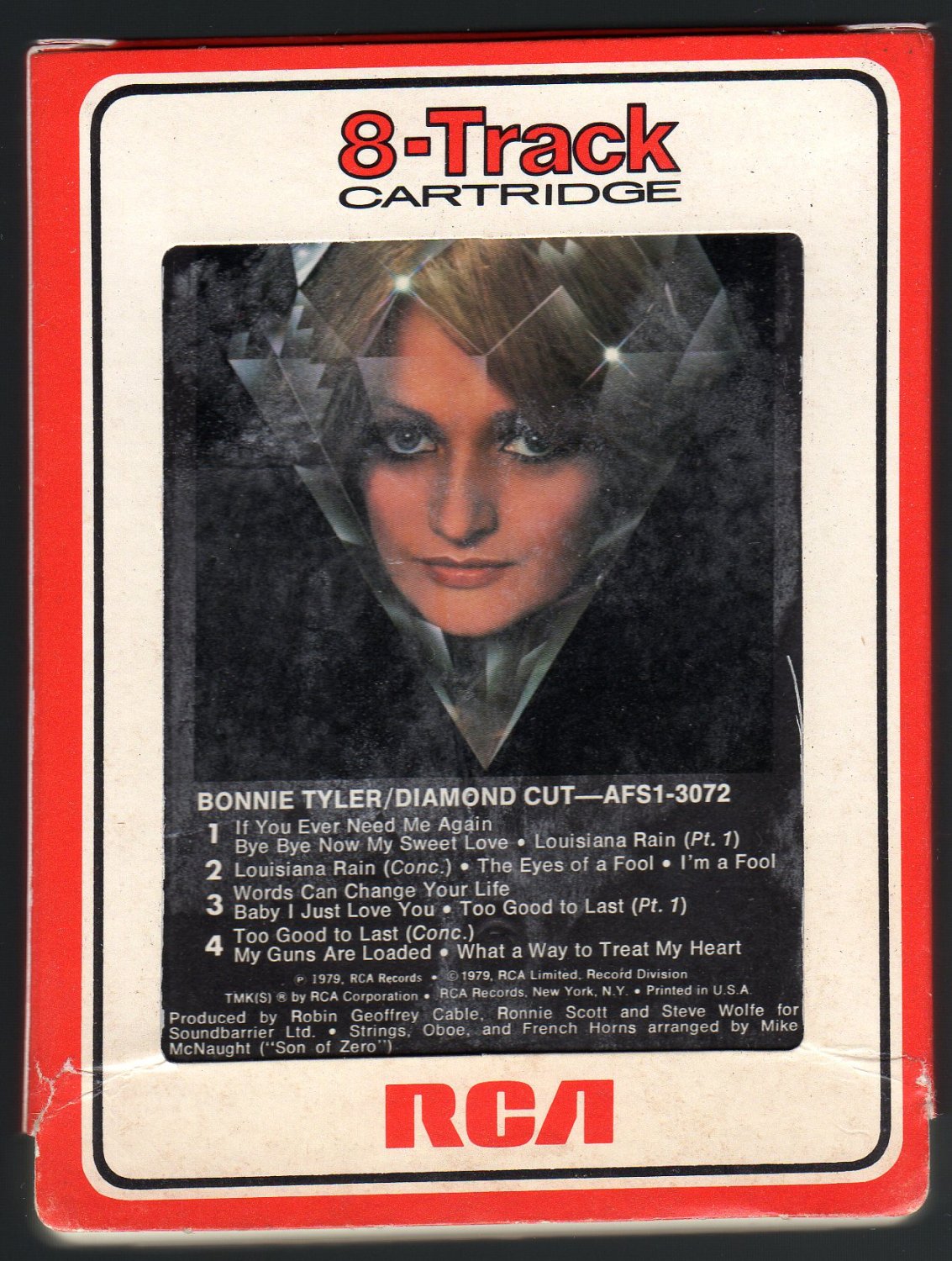 Tweet
Diamond Cut is the third studio album by Welsh singer Bonnie Tyler. It was released in February 1979 by RCA Records.

Bonnie Tyler (born Gaynor Hopkins; 8 June 1951) is a Welsh singer. She is known for her distinctive husky voice, resulting from an operation to remove vocal nodules in the mid-1970s. Tyler came to prominence with the release of her 1977 album The World Starts Tonight and its singles "Lost in France" and "More Than a Lover". Her 1978 single "It's a Heartache" reached number four on the UK Singles Chart, and number three on the US Billboard Hot 100.

In the 1980s, Tyler ventured into rock music with songwriter and producer Jim Steinman. He wrote Tyler's biggest hit "Total Eclipse of the Heart'", the lead single from her 1983 UK chart topping album Faster Than the Speed of Night. Steinman also wrote Tyler's other major 1980s hit "Holding Out for a Hero". She had success in mainland Europe during the 1990s with Dieter Bohlen, who wrote and produced her hit "Bitterblue". In 2003, Tyler re-recorded "Total Eclipse of the Heart" with singer Kareen Antonn. Their bilingual duet topped the French charts.

Her latest album Rocks and Honey was released in 2013 and features the single "Believe in Me" which she performed representing the United Kingdom at the Eurovision Song Contest 2013. Both "It's a Heartache" and "Total Eclipse of the Heart" are among the best-selling singles of all time, with sales in excess of six million each. Her work has earned her three Grammy Award nominations and three Brit Award nominations, among other accolades.