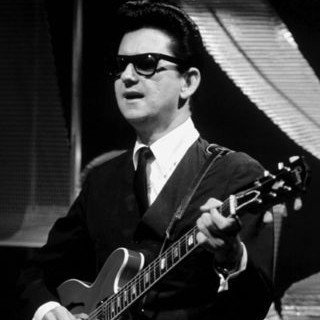 To honour what would have been Roy Orbison's 75th birthday on April 23rd, a celebration of the legend of the quiet Texan with the soaring voice who toured with the Beatles, sang some of the defining hits of theearly 60s and brilliantly revived his career as a solo artist and member of the supergroup the Travelling Wilburys in the mid-80s.

Filmed in black and white in Holland in 1965, this short concert features the Big O performing hits from the classic catalogue of songs he recorded for the American independent label Monument in the early 60s. Filmed in what appears to be a gym or school hall in front of an appreciative but respectful audience, Orbison performs Only the Lonely, Running Scared, It's Over, Oh Pretty Woman and more.