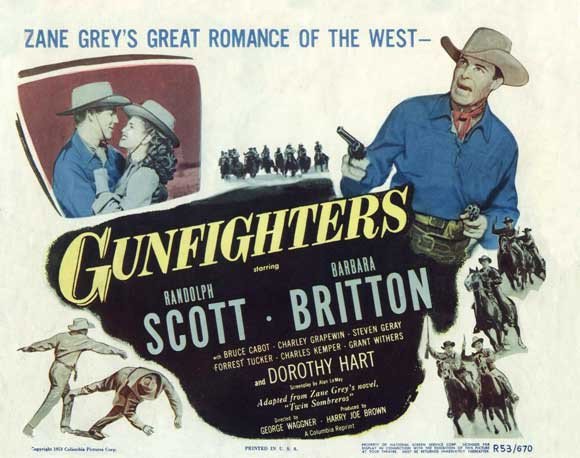 Gunfighter "Brazos" Kane lays aside his guns "forever" when he is forced to shoot his best friend, and decides to join another friend, Bob Tyrell, as a cowhand on the Inskip ranch. Upon arriving there he finds the bullet-riddled body of his friend. He carries the body to the Banner ranch, the largest in the territory, and is accused by Banner of murdering Tyrell; Banner orders Deputy Sheriff Bill Yount, who is in Banner's pay, to arrest Kane. But Kane has the sympathy of Banner's daughter, Jane, who notifies Inskip of Kane's plight, and Inskip arrives in time to prevent a lynching. Sheriff Kiscade dismisses the murder charge for lack of evidence. Brazos then sets out to find the killer of his friend. Bess Bannister, Jane's sister, is in love with the Banner ranch foreman, Bard Macky, and knowing that Bard killed Tyrell and that Kane will track him down, then hampers Kane's mission somewhat by pretending to be in love with him.