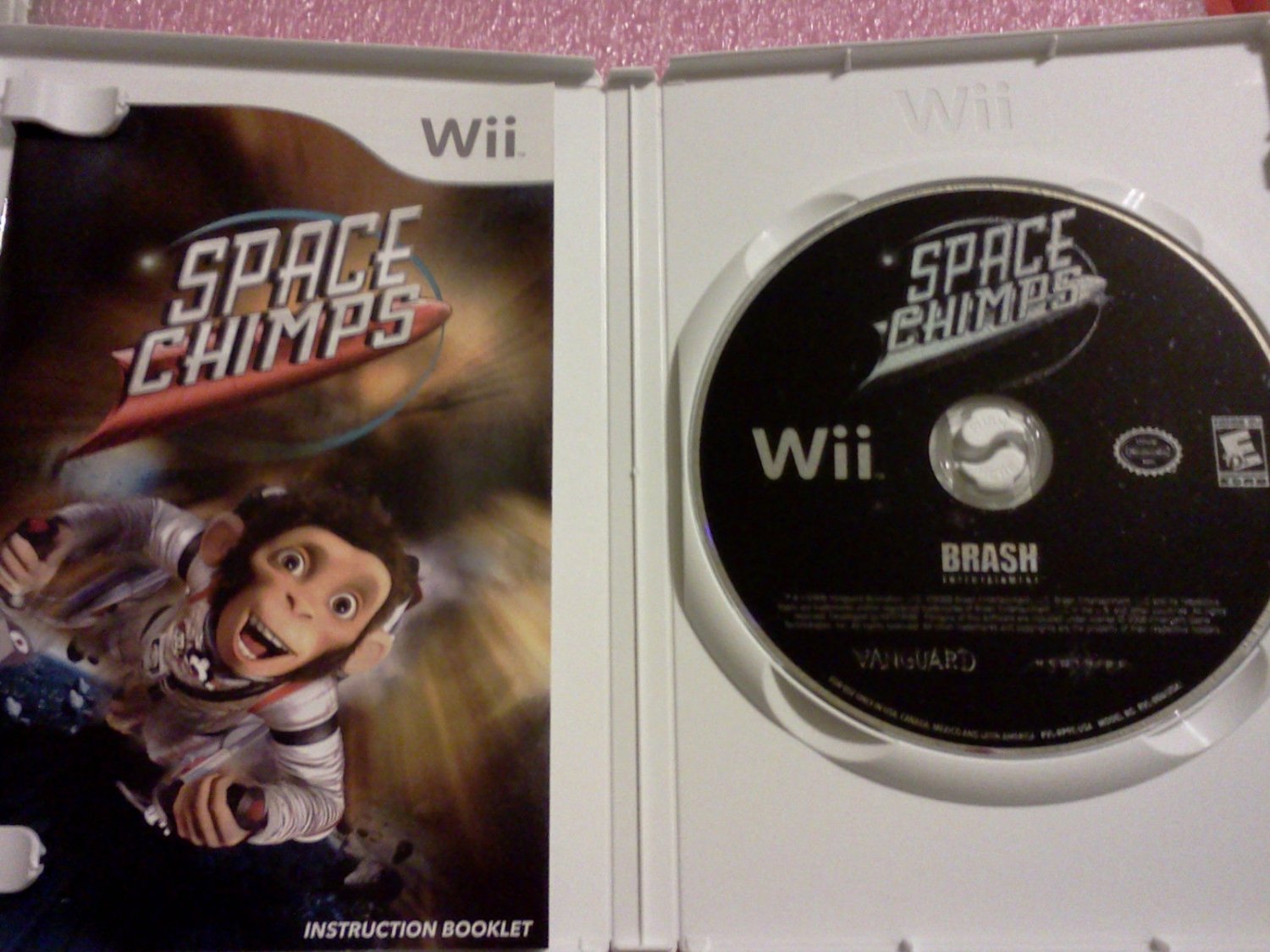 Product Information
Based on the computer-animated movie from 20th Century Fox, Space Chimps has players guiding simian star Ham III on a mission to rescue a costly NASA space probe lost inside a wormhole. What starts off a simple retrieval exercise turns into something more, however. Ham III and his crewmates, Lt. Luna and Titan, inadvertently find themselves trying to save an alien planet under siege from a dastardly dictator named Zartog.

What follows is a traditionally designed 3D platform game with 13 themed levels covering desert, jungle, cave, and canyon areas. The nimble Ham III can swing, climb, jump off walls, and perform other graceful moves while dodging falling boulders, balancing on teetering ledges, and fighting hostile invaders. Space Chimps is the third game published by Brash Entertainment, whose previous movie tie-ins include Alvin and the Chipmunks and Jumper.