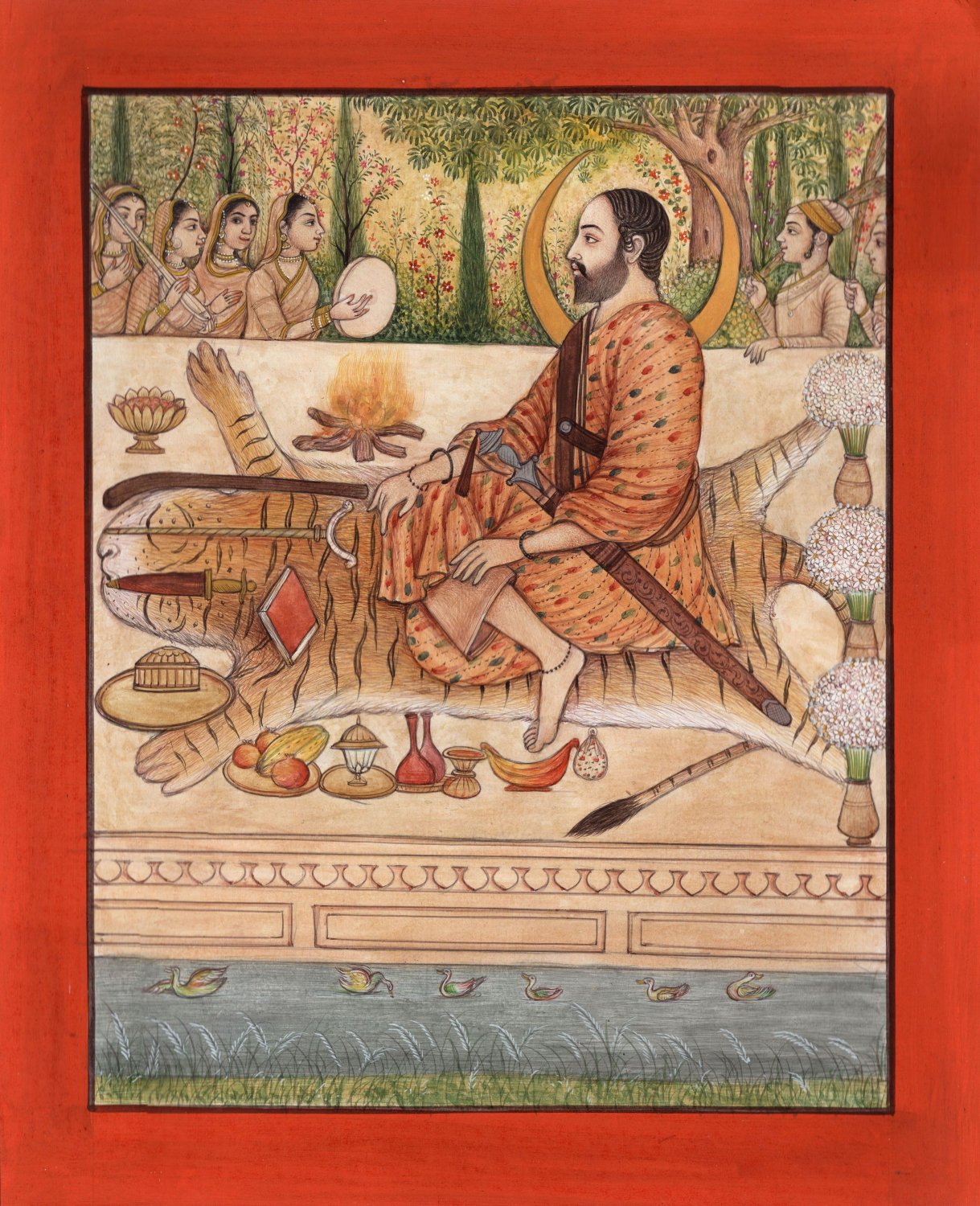 The art featured depicts an ascetic, identified as a royal person because of his lavish surroundings and appearance, even as he is wearing the patchwork robe of a yogi. He is seated on a tiger skin rug and is surrounded by vases of narcissus – maidens sing to him while young men stand by with fly whisks. His sword, dagger, club and fakir’s crutch (no less useful as a weapon than a support for meditation) suggest he might be one of the warrior ascetics who roamed India in bands in the 17th and 18th centuries.

In Mughal iconography, a circular halo identifies royalty. In the Hindu tradition, a crescent-shaped halo identifies Shiva. The halo seen here is a mix of the two, indicating the ascetic’s devotion to Shiva and his position as an important member of the nobility.

Add this mesmerizing yoga painting of the royal ascetic yogi to your collection. Buy it now.