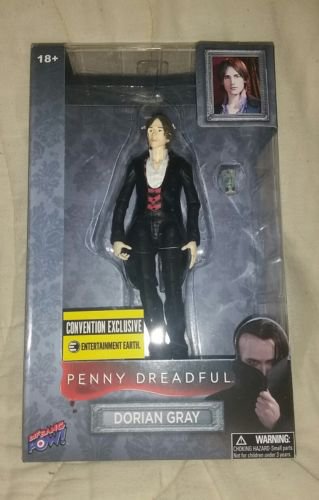 With 3,700 pieces of the Dorian Gray figure produced, these limited edition and individually numbered figures won’t be available in the demimonde forever! Ages 18 and up.

Penny Dreadful is a critically acclaimed Showtime Original Series created by John Logan. Some of literature's most famously terrifying characters - including Dr. Frankenstein and his creature, Dorian Gray, and iconic figures from the novel Dracula - become embroiled in Victorian London. The series weaves together these classic horror origin stories as the characters grapple with their monstrous alienation.
... [Full Description]

Other Products from tactics2toys (View All)